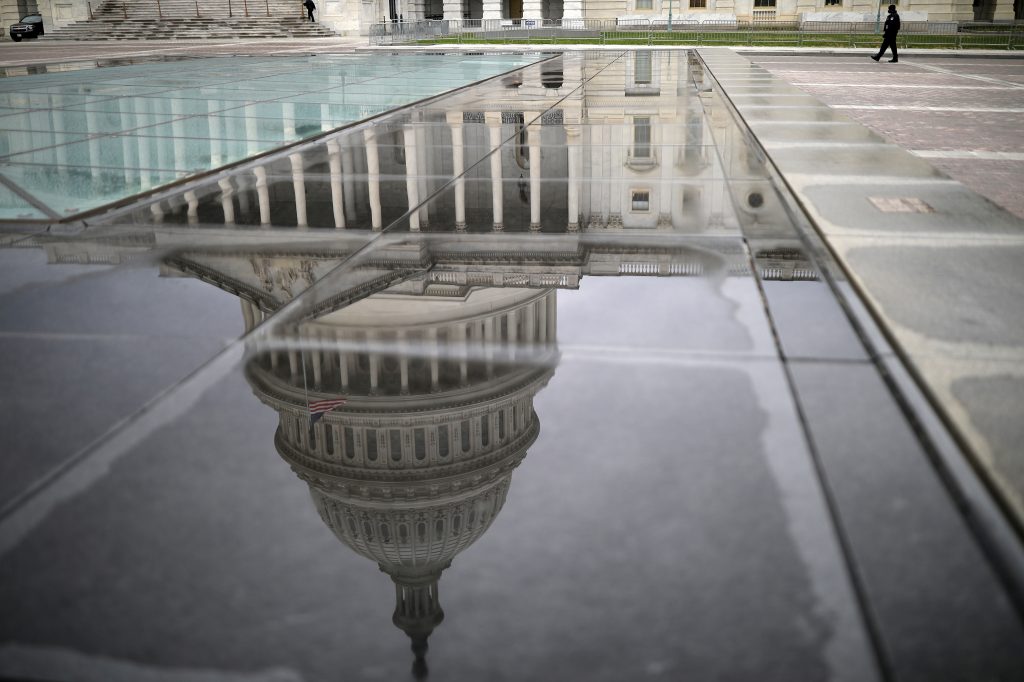 Members of the Congress are expected as early as Monday to unveil bipartisan legislation to send a long-awaited infusion of federal aid to American families and businesses reeling from the resurgent coronavirus pandemic.

A group from the Democratic-led House of Representatives and Republican-run Senate is expected to roll out the formal text of a $908 billion COVID-19 relief bill to blunt the health and economic impact of the virus.

“With the economy weakening, with 200,000 additional cases of the virus yesterday, and with so many of these initiatives from the first ([egislative] package running out as soon as [Dec. 26], you know, it would be – what I call – stupidity on steroids if Congress doesn’t act,” Senator Mark Warner, a Democrat and member of the bipartisan group that wrote the proposal, told CNN on Sunday.

“We hope it will take us very close to something we can put into the omnibus,” Pelosi told reporters on Friday, saying Democrats view the legislation as a possible basis for further bicameral negotiations.

Lawmakers enacted $3 trillion in aid earlier this year but have not been able to agree on fresh relief since April.

A range of emergency aid programs set in place in response to the pandemic, including additional unemployment benefits and a moratorium on renter evictions, expire at the end of December.

With U.S. coronavirus deaths topping 281,000 and pressure mounting for aid to a fragile economy, lawmakers and their staff worked through the weekend to put the finishing touches on the COVID-19 package intended to help those facing the greatest need, according to Senate Republican aides.

It would set new emergency assistance for small businesses, unemployed people, airlines and other industries during the pandemic. But lawmakers have opted not to include stimulus checks to individuals out of concern that a higher price tag could delay passage.

Republican Senator Bill Cassidy said on Sunday the relief bill should not include $1,200 direct payments to Americans.

“This is not a stimulus bill, it’s a relief bill,” he said on Fox News on Sunday, adding that “there may be a stimulus check, but that would be part of a different piece of legislation.”

Congress faces a tight deadline to enact legislation with the year-end holidays approaching.

“We must get it done before we leave,” Pelosi said. “We cannot leave without it.”

Democratic Senator Tim Kaine told CNN on Saturday that he and other lawmakers would block the Senate from recessing for the year unless COVID-19 relief had been enacted.

Kaine said the $908 billion bipartisan proposal was too small but included key aid for state and local governments, food and housing. He predicted that Biden’s plans for a robust economic recovery package would make it easier for Democrats to accept a smaller bill that could keep aid flowing through the first quarter of 2021. Biden takes office on Jan. 20.

A framework for the bipartisan bill, unveiled earlier by the group of House and Senate lawmakers, has support from moderates and conservatives.

McConnell, who has pushed to limit spending to $500 billion, circulated a list of “targeted” relief provisions to Senate Republicans last week that he said President Donald Trump would sign. White House officials have also said that Trump favors a targeted measure.

“If he sticks to his bill, which is an emaciated bill with no unemployment and no state and local relief, it’s not going to get anywhere because it doesn’t have broad support,” Schumer told a news conference on Sunday.