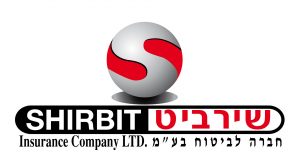 Hackers leaked more sensitive data of Israel’s Shirbit Insurance company’s clients as the company maintained its refusal to pay the ransom initially set at 50 Bitcoin, or just under $1 million.

The releases on the group’s open channel at a messenger app included hundreds of fax files and document scans.

Under the original demands set forth by the hackers, the ransom now stands at 200 Bitcoin, or $3.8 million, with the data to be released or sold out to third parties if the sum is not transferred by Sunday.

In a statement, the company said it would not fall to what it called “terrorism,” adding that the expert consensus was that the attack was not motivated by money.

On Friday, the hackers leaked screenshots of a conversation between a company representative, who called himself Ilia, and the group.

The negotiator appeared to be trying to stall the talks in less than perfect English and attempted to secure guarantees that the data will not be sold anyway in case the payment is made.

The hackers refused to provide any guarantees other than the group’s “credit.”