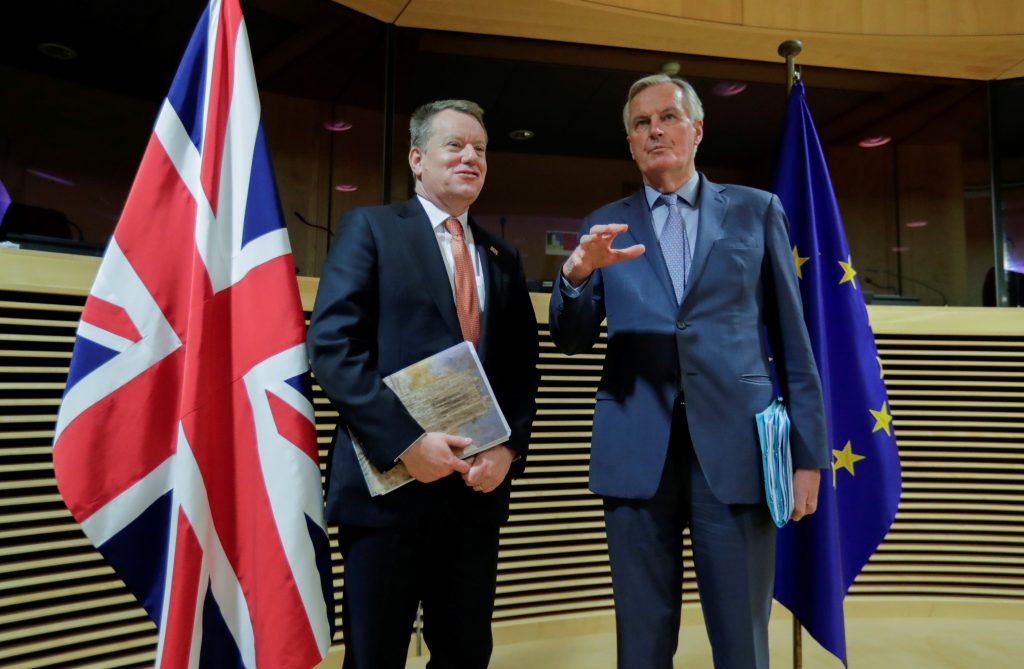 Brexit trade talks are in the difficult phase and a deal can only be struck if the European Union accepts that Britain is a sovereign nation, a British minister said on Friday after London indicated that the chance of a breakthrough was receding.

With fewer than four weeks left until the United Kingdom finally exits the EU’s orbit on Dec. 31, both sides are calling on the other to compromise over fishing, state aid and how to resolve any future disputes.

As talks go down to the wire, a senior British government source said on Thursday that the prospect of a breakthrough was slipping but was still possible.

“We are at a critical phase,” Business Secretary Alok Sharma told Sky news channel. “It is fair to say that we are in a difficult phase, there are some tricky issues still to be resolved.”

“Right from the start of this process, we’ve always said that a deal can only be done if the EU recognizes that the U.K. is a sovereign independent nation,” Sharma said. “It is on the basis of that a deal will be done.”

Britain formally left the EU on Jan. 31 but has been in a transition period since then under which rules on trade, travel and business remain unchanged. From the end of the year it will be treated by Brussels as a third country.

If the two sides fail to reach a deal, the five-year Brexit divorce would end in disorder just as Europe grapples with the vast economic cost of the COVID-19 outbreak.

A no-deal exit is the nightmare scenario for businesses and investors who say it would snarl borders, spook financial markets and sow chaos through the supply chains that stretch across Europe and beyond.

A British source said the EU had disrupted talks by trying to wrench further concessions at the last minute.

“At the eleventh hour, the EU is bringing new elements into the negotiation. A breakthrough is still possible in the next few days but that prospect is receding,” a government source said.

EU Brexit negotiator Michel Barnier is due to update 27 national envoys to the bloc’s hub, Brussels, on Friday, on the latest in the talks.

EU sources said discussions centered around the so-called level playing field on state aid and fixing future minimum labor and environmental standards, as well as what “effective remedies” each side could take if the other let them slip.

French European Affairs Minister Clement Beaune said on Friday that if a good deal could not be reached, then France would veto it.