Israel Over 1,500 New Coronavirus Cases for First Time Since Lockdown Was Eased
CoronavirusIsrael 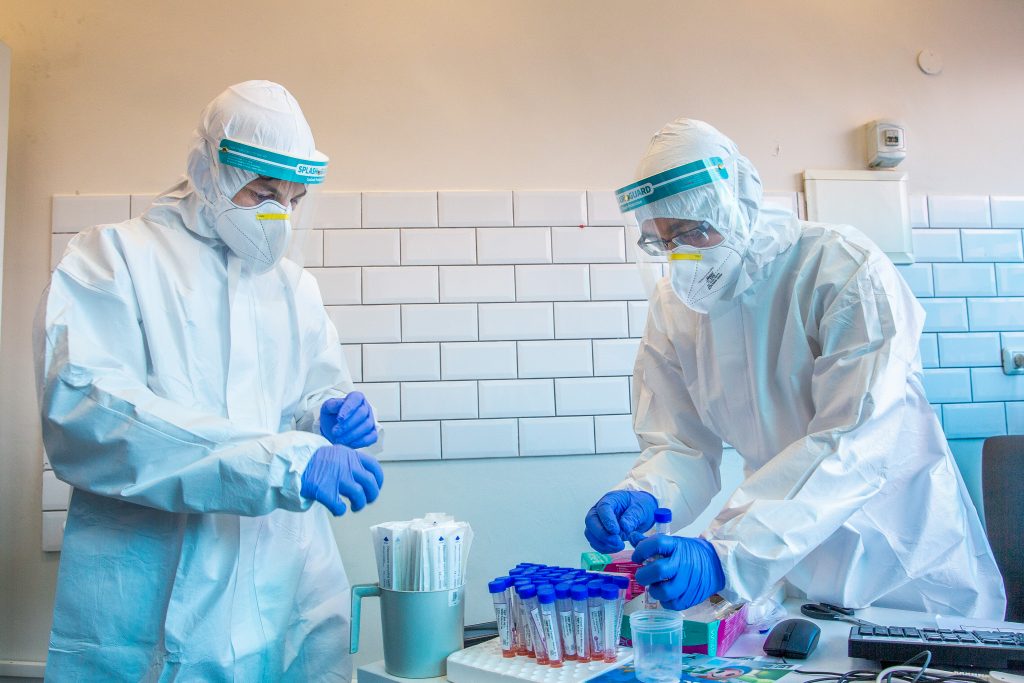 The Health Ministry on Thursday reported over 1,5oo new coronavirus cases for the first time since the second lockdown imposed to curb the spread of the virus was lifted in October.

1,523 new cases were confirmed on Wednesday after 69,000 tests conducted, indicating a 2.2% positivity rate.

At least some of the spike could be attributed to increased testing: On Wednesday the highest number of tests were taken since the start of the pandemic.

The number of active cases stood at 11,751, with 267 people in serious condition.

In another sign of the virus’s resurgence, the number of patients on ventilators rose to 99, after falling below 100 last week for the first time since August 1.

Israel’s death toll since the start of the pandemic stood at 2,883.

As of Wednesday, Yerushalayim had surpassed 1,600 active cases, the highest level since late October. No other city in Israel had over 500 active cases.

The last time the daily infection rate was as high, in mid-October, Israelis were four weeks into a full lockdown. The government began to lift some of the restrictions days later, but warned they could be reversed if case numbers rose again.

The renewed rise in infections comes as the government continues to roll back many of the rules that were in place during the second nationwide lockdown that began in mid-September, with high school students returning to class on Sunday, weeks after younger students did, and some malls allowed to reopen last week.

A Thursday report by an army-run coronavirus taskforce warned Israel was on the cusp of a third wave of the pandemic, noting that cases have topped 1,000 on a weekly average. The rise in daily cases was largely not affected by the number of tests, it said.

The report also underlined a rise in cases among Israelis over 60, which reached 14% this month, and predicted a surge in hospitalizations within a week.

The taskforce urged the government to begin re-imposing some restrictions to curb the infection rate.

On Wednesday, a report by the National Security Council’s coronavirus crisis center put the virus’s basic reproduction number — the average number of people each virus carrier infects — at 1.19 nationwide, nearly doubling in just over a month.

A basic reproduction number, also known as an R0, of over 1 indicates that the pandemic’s rate of spread in the population is growing. The Health Ministry had set an R0 of 0.8 as a prerequisite for emerging from the lockdown, and in late October it dipped to around 0.7 as a result of the restrictions, but has risen steadily since.

According to the report, infections were spreading slower in the chareidi and Arab areas, with reproduction values of 1.06 and 1.16, respectively, while the rest of the population had a R0 of 1.21.

The numbers represent the estimated infection rate as of 10 days prior.