Politics ANALYSIS: Trump Can Offer His Family Lots of Protection With His Pardon Power
Politics 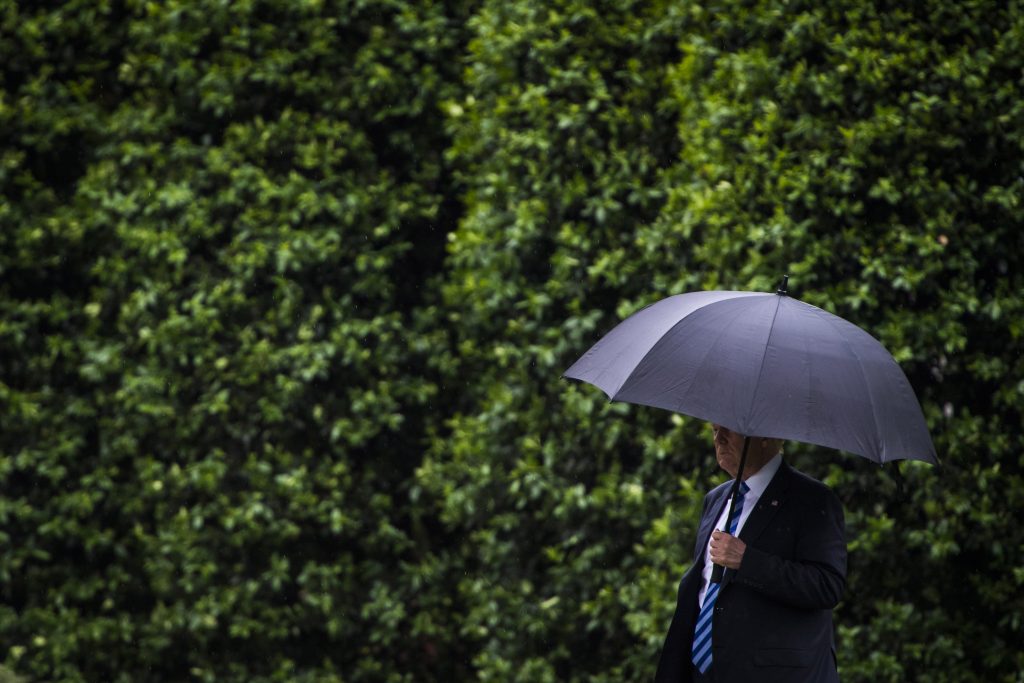 Few indicators signal more clearly that President Donald Trump recognizes that his time in office is ending than rumblings that he is considering wide-ranging pardons for members of his immediate family.

The prospective pardons, first reported by The New York Times, raise immediate questions about the president’s power to grant pardons, a power that Trump has embraced. It is, after all, precisely the sort of power that the presidency brings: authoritative, unilateral and sweeping. But is it sweeping enough to actually allow him to give, say, his daughter Ivanka Trump a preemptive umbrella of protection?

Brian Kalt, professor of law at Michigan State University, explained to The Washington Post by phone that it probably was. As with so many legal issues that sit at the edges of typical practice, though, the idea is generally untested and may ultimately come down to how a court views the particulars of any such pardon.

“It is unusual to have a pardon that doesn’t specify what you’re being pardoned for but rather just gives a range of dates or maybe a vague subject matter range,” Kalt said. The most famous example of such a pardon, he noted, was President Gerald Ford’s pardon of former president Richard Nixon. “In my opinion,” Kalt added, “reading the Supreme Court’s case on pardons, I think the president’s pardon power is broad enough to allow him to issue pardons like that.”

That opinion is not universally held, however. University of California at Hastings law professor Aaron Rappaport wrote an analysis this year that says “pardons must satisfy a modest procedural rule: they must list the specific crimes covered by the pardon.” This “specificity requirement,” as he terms it, “means that vague and broadly worded pardons are invalid.”

The question is up in the air because such a pardon has never been the subject of a court ruling – a function of how rare such pardons are.

“It’s not well-settled precedent,” Kalt said. “The courts have not ruled out the specific issue, and there are those who would like to see — a pardon like that, to see it tested in court.”

What this means is that there’s not much risk to Trump in attempting to grant such a blanket pardon. He might issue a sweepingly broad pardon — say, giving Jared Kushner a pass on any federal crimes committed from the moment of his birth until the moment the pardon was issued — with the understanding that, should someone seek to prosecute Kushner, they would have to persuade a court to let them do so. They might be able to convince the court to do so, particularly if the pardon is as vague as the one just mentioned. But, from Trump’s perspective, what’s the harm in trying?

When there was discussion in late 2016 of whether President Barack Obama might pardon Hillary Clinton in an attempt to shield her from punitive prosecution by Trump, Kalt argued that the pardon power itself derived from the accountability presidents had to the electorate. Presidents can give out pardons, and, if the electorate looks unfavorably on the moves, can be voted out of office. But that accountability vanishes when the president is no longer going to be on the ballot.

“Lame-duck pardons in high-profile cases are thus problematic,” Kalt wrote then. “They are legally valid, but politically illegitimate.”

This, of course, has not proved to be much of a check on Trump’s actions. Senate Minority Leader Chuck Schumer, D-N.Y., objected Wednesday to the prospect of Trump pardoning members of his family by calling such a move a “gross abuse of presidential authority” — something unlikely to worry President Trump.

Contained in that description of a possible pardon for Kushner above are the two boundaries Kalt says a blanket pardon must meet. It must be retrospective — no pardoning for future crimes, in other words — and it must be for federal crimes or crimes committed on federal soil, such as in the District of Columbia. Beyond that, the power is probably broad.

If Trump were to pardon his son Donald Trump Jr., it raises another question. Given Trump Jr.’s apparent political ambitions, would not such a pardon be something of a black mark? From a legal perspective, Kalt says, it would not. As he wrote in the New York Daily News in 2018, pardons need not necessarily imply that a crime was committed. In that article, he pointed to Trump’s pardon of Jack Johnson, convicted under a racist law on manufactured charges. While the public might look askance at Trump Jr., given the pardon, it’s not necessarily the case that his acceptance of a blanket pardon connotes an admission of guilt.

Should Trump grant such a pardon to his family or his allies and should the federal government later wish to prosecute those individuals, Kalt says, the courts probably would side with the pardon. That raises another question.

Trump’s argument in defense of pardoning his family and allies preemptively would probably be that he and they were the targets of unfair investigations from the outset of his presidency. He would almost certainly claim that he was hoping to shield them from these sorts of politically motivated probes. Whatever the rationale, though, his ability to do so would probably either disincline federal prosecutors from seeking criminal charges against those individuals or force the issue to courts, which Kalt thinks would affirm Trump’s actions.