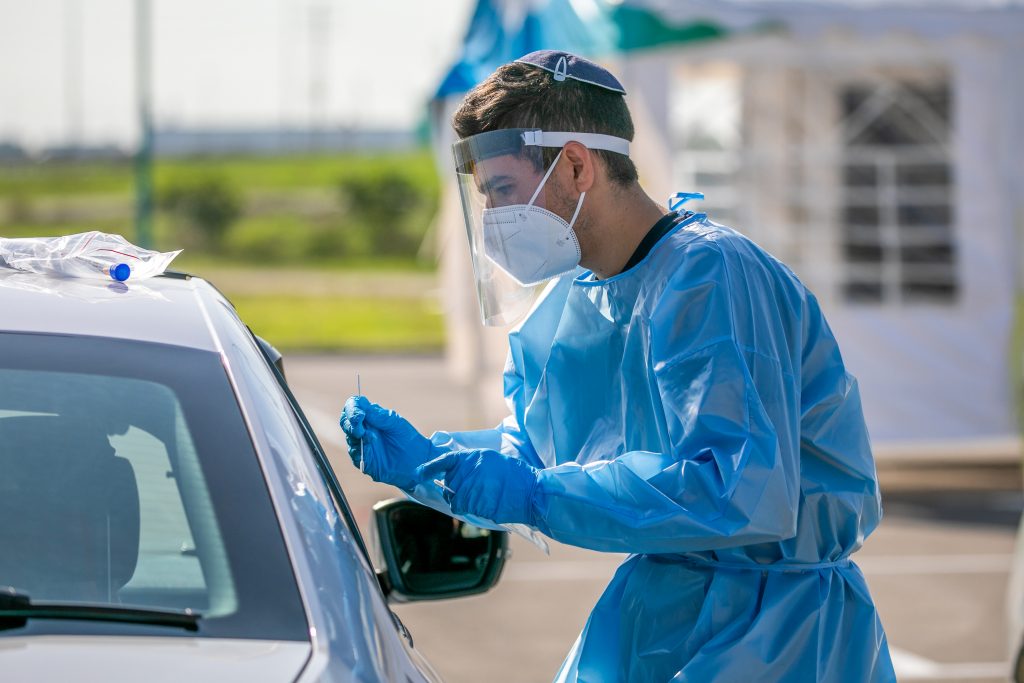 There were 1,227 cases confirmed out of 56,000 tests conducted indicating a 2.2% positivity rate, the same rate as last Friday. The positivity rate had gone up to 3.4% on Shabbos and 2.6% on Sunday, though that figure has recently tended to climb on weekends and then go back down.

There are currently 264 patients hospitalized in serious condition in hospitals with 99 of them on ventilators.

It came after the number of active cases on Monday night went above 10,000 for the first time in a month. Tuesday’s figures put that tally at 10,513, the highest since October 31. Yerushalayim leads the country in the number of infections with 1,413 actively ill patients.

Since the start of the pandemic, 2,865 people have succumbed to the virus in Israel.

The lockdown on Israel’s largest Arab city Nazareth has been extended until the end of the week because of high morbidity reported there, as restrictions were imposed on other Arab cities and neighborhoods suffering from increased contagion.

Health Minister Yuli Edelstein said Monday that Israel would halt moves to ease the nationwide lockdown and could even put more restrictions into place if coronavirus infection rates continue to go “in a very wrong direction.”

“I felt a huge sense of shock when I saw the congestion in the malls,” Edelstein said.

“We will not be tempted by new openings in any way,” he said, tempering the hopes of small businesses still waiting for authorization to open. “Infection rates are going in a very wrong direction.”

Edelstein said the rising rates “do not mean we will be in lockdown in a week,” but cautioned that “the Coronavirus Cabinet will approve very clear indices for when to enter a third lockdown.”

Despite warning against further commercial reopenings, the health minister added that he did not support rolling back the reopening of high schools, which he said “should open as planned.”