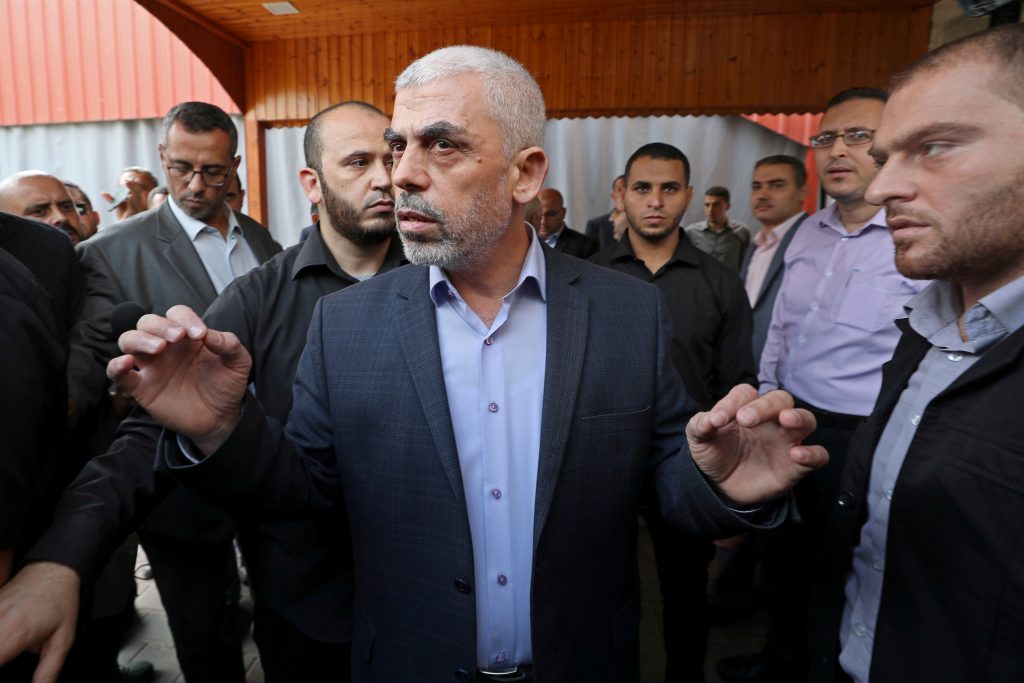 Hamas’s Gaza leader, Yehya Al-Sinwar, has tested positive for COVID-19, a spokesman for the Islamist terror group, which runs the Palestinian territory, said on Tuesday.

Sinwar, 58, is “following the advice of health authorities and taking precautionary measures,” spokesman Hazem Qassem said, without disclosing whether the Hamas chief was in quarantine.

“He is in good health and he is pursuing his duties as usual,” Qassem said.

Sinwar, a former head of Hamas’s security apparatus, became the movement’s Gaza leader in 2017, six years after he was freed in a prisoner swap with Israel after more than 20 years in jail.

Gaza has logged nearly 21,000 coronavirus cases and 111 deaths, mostly since August, amid concern of a wider outbreak in the densely populated enclave of two million people.