Israel Gantz Says Will Vote to Bring Government Down
Israel 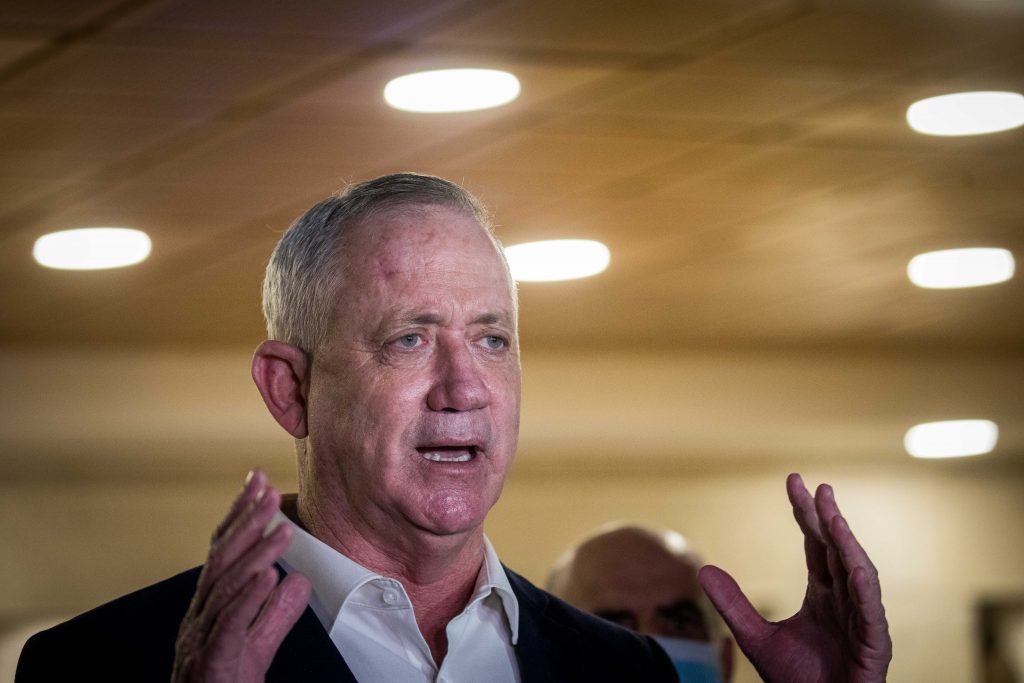 Defense Minister and Blue and White leader Benny Gantz effectively put an end to his long-troubled coalition with Israeli Prime Minister Binyamin Netanyahu‏‏ and the Likud on Tuesday night.

In a strongly worded speech, Gantz said that his party will vote in support of a non-confidence bill sponsored by Opposition leader Yair Lapid on Wednesday, which would disperse the Knesset and lead to elections.

Rebuffing a call for unity from Netanyahu earlier in the day, Gantz said that from the outset of the coalition, “Netanyahu promised unity and that there would not be tricks and shticks. Netanyahu broke his promises and the people are paying the price.”

He described the prime minister’s behavior as “disgusting” and accused him of lying to the public.

Seeking to turn aside charges that he, Gantz, was out to destroy the coalition, he said that “Netanyahu has decided to take apart the government and lead back to elections.” Banging the podium, he denounced the PM’s foot-dragging over the budget, whose passage is long past due, a “terror attack.”

However, Gantz left Netanyahu a way out at the end of his speech, to avoid the Knesset being dissolved and new elections by immediately acting to pass the 2020-2021 budget as agreed to in the coalition deal. The two have been wrangling over the budget for months, with elections looming if they cannot pass one before the December 23 deadline.

Shortly before Gantz made his remarks, Netanyahu released a video statement, saying: “Unfortunately, Blue and White is being dragged by [opposition leaders Yair] Lapid and [Naftali] Bennett.

“Lapid and Bennett don’t care if we go to elections in the middle of the coronavirus pandemic. That is their personal interest. Even though Blue and White formed a government within our government, acted against it and broke coalition agreements, I ask them to set it all aside. Benny, what has to be done now is a U-turn from politics for the citizens of Israel. That is what needs to be done, and I ask you to do that.”

“His personal attack on Netanyahu was a new low,” Zohar told Army Radio. “Blue and White is dissolving the Knesset and dismantling the government for a political caprice.”

Gantz also took flak from the left. Meretz chief Nitzan Horowitz told the station that “without the betrayal of some parts of [our] camp, foremost Gantz, we could have replaced Netanyahu,” referring to Gantz’s decision to bolt the center-left camp to make a coalition government with Likud and the religious parties.