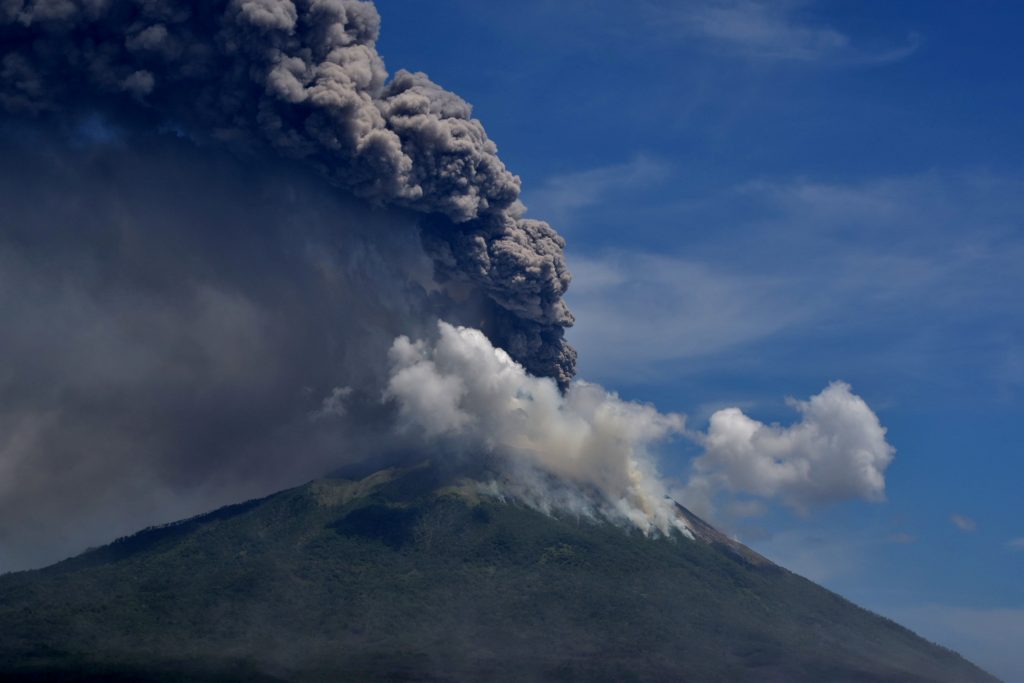 A volcano in eastern Indonesia erupted Sunday, sending a column of ash as high as 4,000 meters (13,120 feet) into the sky and prompting the evacuation of thousands of people.

Nearly 2,800 people from at least 28 villages were evacuated from the slopes of Mount Ili Lewotolok, which is located on Lembata island of East Nusa Tenggara province, as the volcano began erupting, said Disaster Mitigation Agency spokesman Raditya Jati. There were no reports of deaths or injuries from the eruption.

The Transportation Ministry said a flight warning had been issued after the eruption and a local airport had been closed as ash rained down on many areas of the island.

Mount Ili Lewotolok has been erupting off and on since October 2017. The Volcanology and Geological Hazard Mitigation Center raised the volcano’s alert level to the second-highest level on Sunday after sensors picked up increasing activity.

The 5,423-meter (17,790-foot) mountain is one of three currently erupting in Indonesia along with Merapi on Java island and Sinabung on Sumatra island.

They are among more than 120 active volcanoes in Indonesia, which is prone to seismic upheaval due to its location on the Pacific “Ring of Fire,” an arc of volcanoes and fault lines around the Pacific Ocean.

After the eruption, the Disaster Mitigation Agency advised villagers and climbers to stay 4 kilometers (2.4 miles) from the crater and be aware of the peril of lava.