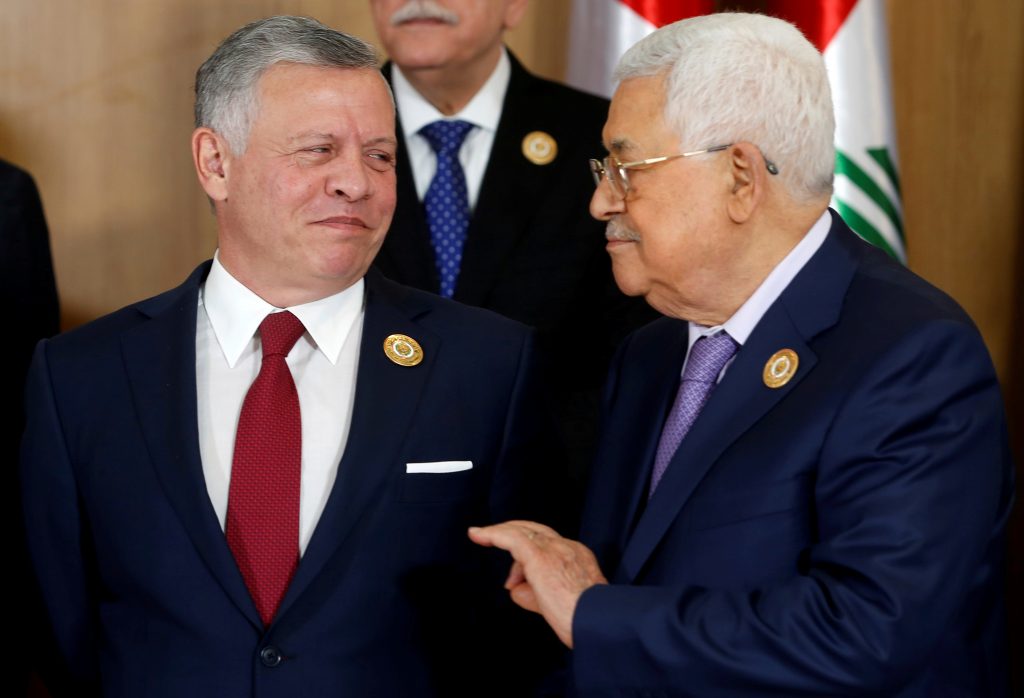 In a palace statement after meeting with Abbas in the Red Sea port of Aqaba, the monarch, who in recent months said Israeli policies and Trump’s Middle East peace plan would lead to conflict, said he fully backed Palestinian statehood.

“His Majesty stressed Jordan stood with all its resources alongside Palestinians in achieving their legitimate rights to set up an independent state,” the monarch was quoted as saying in the statement.

In his first conversation with an Arab leader since his election earlier this month, Biden spoke with King Abdullah last week, telling the monarch that he hopes to cooperate on “supporting a two-state solution to the Israeli-Palestinian conflict.”

The Trump administration has reversed decades of U.S. policy on the conflict, refraining from endorsing the two-state solution, the longtime international formula which envisages a Palestinian state co-existing with Israel.

Diplomats say the monarch, a staunch U.S. ally who was among the first Arab leaders to congratulate Biden, saw Trump’s policies sidelining the kingdom’s once pivotal role in Arab-Israeli peacemaking by full backing of Prime Minister Binyamin Netanyahu’s policies.

Trump’s peace plan was also seen as posing an existentialist threat to Jordan with the demise of a Palestinian state through the annexation of parts of Yehudah and Shomron, pushing the kingdom to become an alternative state for Palestinians.

Jordan lies at the heart of the conflict with many of its more than 7 million citizens of Palestinian origin.

In another joint communique with Abbas, both leaders said Israel “attempts to impose new realities” by annexing and accelerating settlement building.

The Trump administration had also enraged Jordan and Arabs when it said it no longer viewed Israel’s communities in Yehudah and Shomron as “inconsistent with international law.”

Abbas, who three years ago cut off contact with the Trump administration, accusing it of pro-Israel bias, on Monday will head to Cairo to seek its support for a revival of peace talks based on a two-state solution, diplomats said.