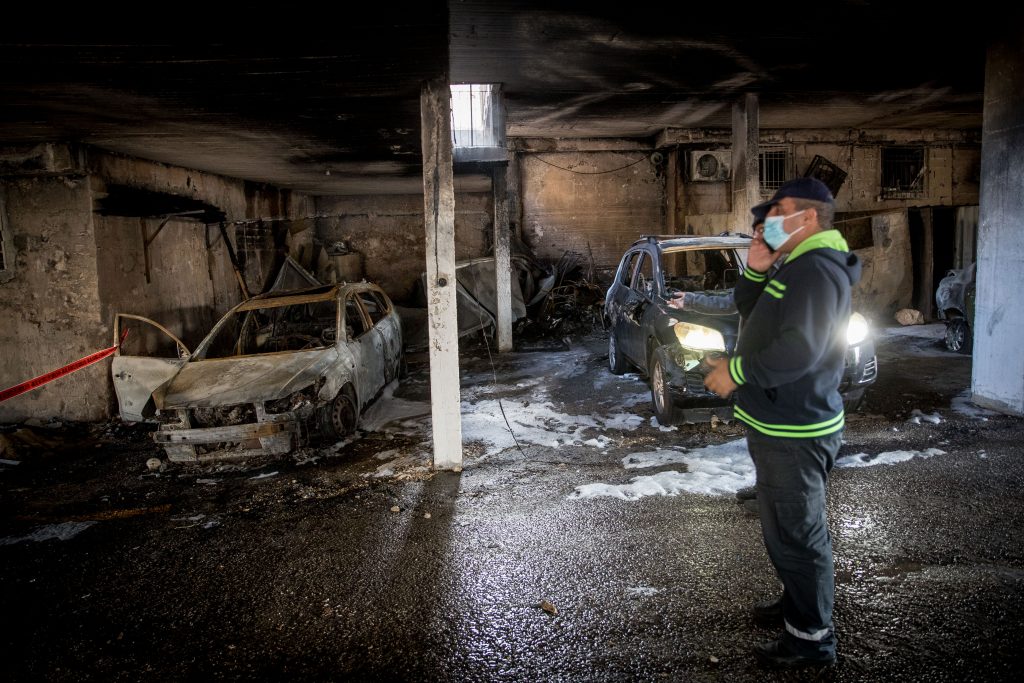 The findings of the initial investigation into the huge fire on Sorotzkin Street in the Romema neighborhood of Yerushalayim last week indicate that it was arson.

The details of the investigation show that the suspect took pages of holy books – apparently pages of Gemara – poured alcohol on them, and thus ignited the huge fire.

The 20-year-old suspect has been arrested by the police after additional fires broke out in Yerushalayim’s Romema neighborhood last Thursday. Investigation of those fires shows that it was intentional arson.

It should be noted that during his interrogation, the suspect admitted to the fires on Thursday and detailed how he carried them out. The investigation is being conducted jointly by the Fire and Rescue Service and the Israel Police.

On Monday morning, the suspect’s detention was extended, for the second time, until Thursday. According to his attorney, since the initial interrogation after his arrest, in which he admitted to the arson on Friday night, he has not been questioned again.

Dozens of families from the Sorotzkin neighborhood who survived the huge fire held a special tribute for the firefighters.

The tribute was addressed by Harav Yisrael Gans, Rav of the neighborhood, and was attended by many local residents who presented certificates of appreciation to the firefighters.