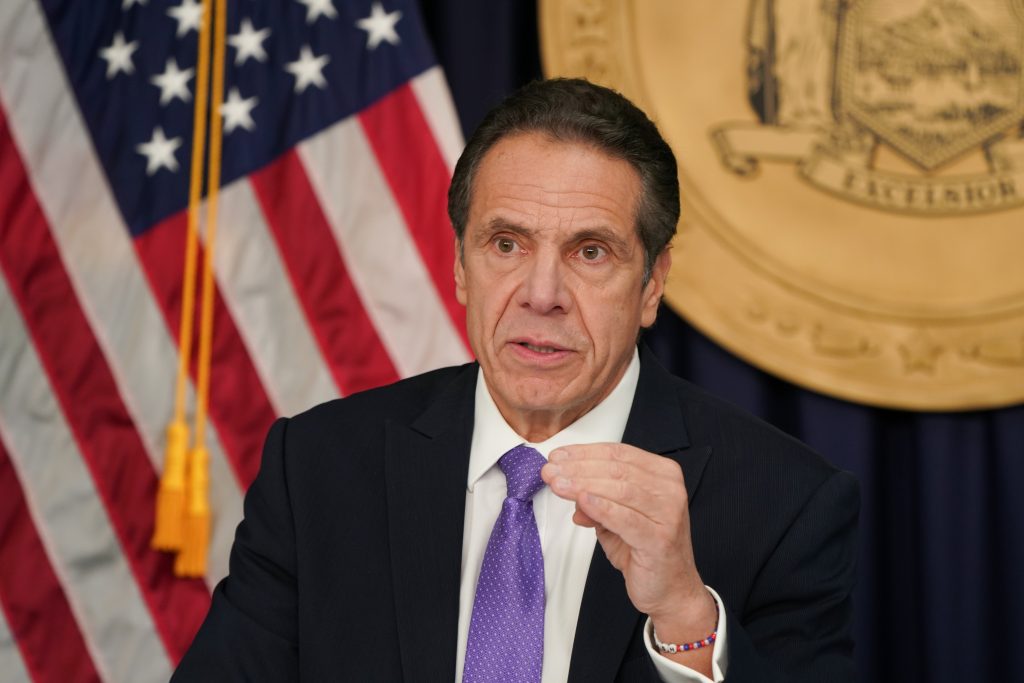 New York Gov. Andrew Cuomo said that he will make proposals to close what he called “bureaucratic loopholes” that allow a police officer to maintain law-enforcement credentials despite allegations of misconduct.

He referenced an Albany Times Union story about an East Greenbush officer who was allowed to resign in 2017 rather than being fired after accusations of inappropriate behavior while on duty. The officer was able to apply to other police departments, but told the Times Union he was no longer working in law enforcement and declined to comment on the allegations.

“We have every community in the state, 550 municipalities with a police agency, now going through a reformation plan where they reimagine their police department,” Cuomo said Sunday during a conference call with reporters. “There’s a role for the state in all of this also, and people have to know that a police officer who breaks the rules and abuses his or her position is no longer going to be a police officer.”

Cuomo didn’t give specifics of what he would propose.