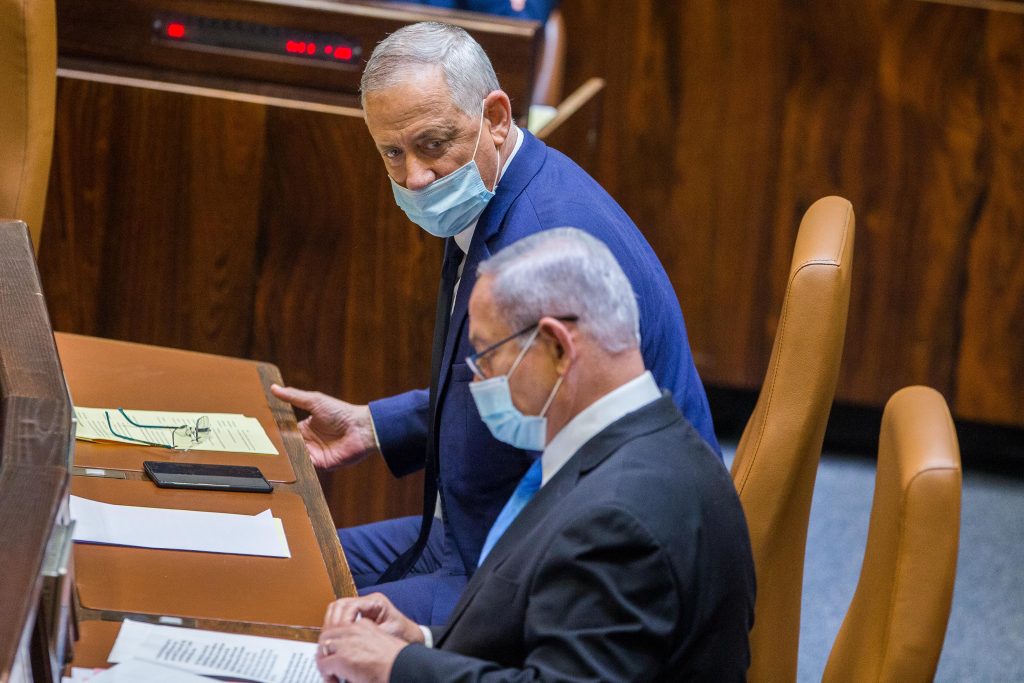 As the vote on a no-confidence motion on Wednesday approaches, the coalition will not be able to brush it off as easily it has other such moves, as the Likud and Blue and White parties seemed closer than ever to calling it quits.

“On Wednesday the opposition will try to drag Israel to unnecessary elections. Likud will vote against elections and in favor of unity,” he said during a faction meeting.

“The citizens of Israel need a government that acts not for elections, not for politics, but rather for them,” he added.

Blue and White wasn’t inspired. “The public is done with buying Netanyahu’s lies. If there were no trial, there would be a budget,” the party said in a statement, referring to Netanyahu’s corruption trial and the ongoing delay in passage of a state budget, now under scrutiny at the High Court.

Defense Minister Benny Gantz ordered his Blue and White party to prepare a series of provocative legislative proposals that do not have coalition backing, which appear aimed at bringing down the government: an amendment to the Basic Law to guarantee “equality and the prohibition of discrimination,” a requirement for judges to “interpret all Israeli legislation, including other Basic Laws, in light of the Declaration of Independence as a constitutional document,” and a proposal to expand surrogate parenting.

If Blue and White introduces the bills without specific agreement from Likud, it would be a violation of their coalition agreement, thus calculated to force a confrontation.

On Thursday, Netanyahu warned: “When agreements are not respected on the part of Blue and White, there is no doubt that we are on the way to elections.”

That is exactly where Opposition Leader Yair Lapid wants to be. “In 48 hours we can bring to an end the worst government in the history of the country. In 48 hours we’ll vote on a law to disperse the Knesset,” Lapid told a Yesh Atid-Telem faction meeting on Monday.

Addressing his former allies in Blue and White, Lapid said: “You had good intentions, it didn’t work. Now it’s time to make amends. You’re not sitting in a unity government but in a bloated, corrupt government that’s causing incredible damage to the Israeli economy. Infection rates are increasing again… We need a government that will work for the citizens of Israel,” Lapid said, according to The Times of Israel.