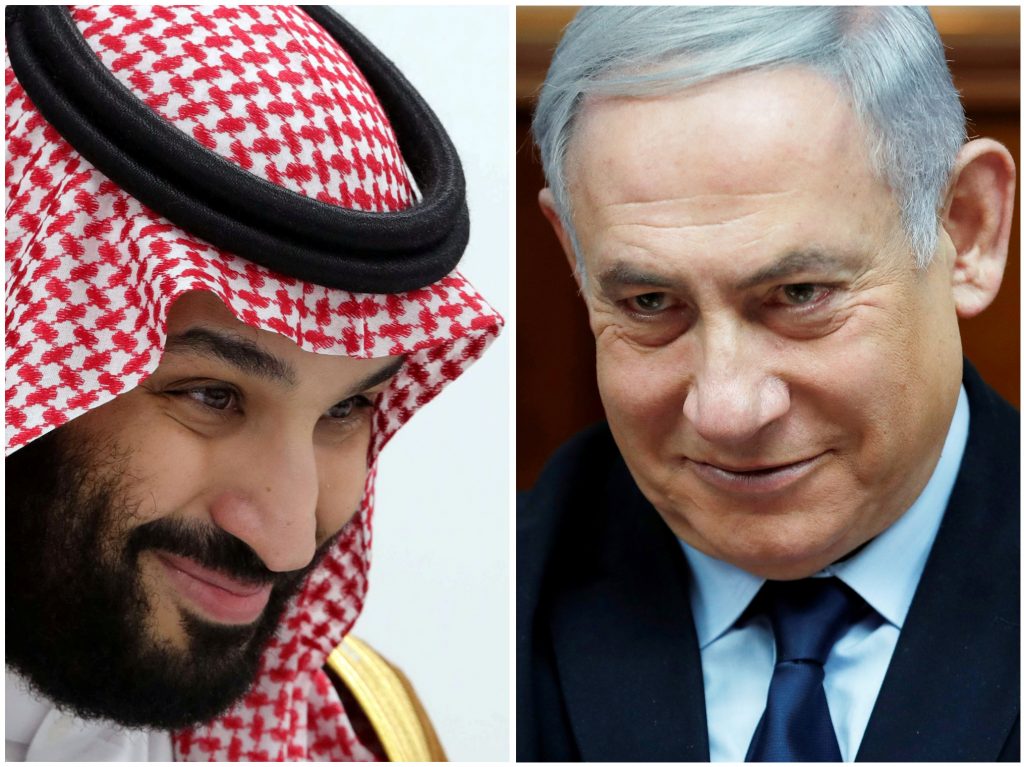 According to the report, Saudi Crown Prince Mohammed bin Salman refused to commit to what would have been a monumental change in Israeli-Arab relations.

Last Sunday, Netanyahu reportedly flew to the Saudi city of Neom, accompanied by the director of Mossad, Yossi Cohen, to hold a tripartite meeting with bin Salman and Secretary of State Mike Pompeo.

The Prime Minister’s Office has neither confirmed nor denied that such a meeting took place.

According to a Saudi adviser and a senior American official quoted by the Journal, Netanyahu and Pompeo hoped to secure a promised commitment from bin Salman to normalize relations with Israel.

But the crown prince reportedly opted instead to hold off on forging ahead with an agreement in deference to the incoming Biden administration, preferring to get off on the right foot with the new American president.

They fear Biden will adopt policies on Iran similar to those adopted during Barack Obama’s presidency which strained Washington’s ties with its traditional regional allies.

Biden has said he will rejoin the international nuclear pact with Iran that Trump quit in 2018 – and work with allies to strengthen its terms – if Tehran first resumes strict compliance.

Both Israel and Saudi Arabia have recently ramped up rhetoric against Iran, which is locked in several proxy wars with Riyadh in the region.

Pompeo, who has been trying to coax Saudi Arabia to follow the lead of the United Arab Emirates, Bahrain and Sudan in normalizing ties with Israel, declined to confirm the meeting. But diplomats in the region said U.S. envoys had privately confirmed the meeting took place.

There was limited talk of the meeting on Saudi social media, but some opposition figures denounced the visit. Political analysts said the Saudi denial of the meeting could have been a way to test the waters at home.

“[The meeting with Netanyahu] aimed to highlight that the crown prince is more willing than his father to take steps towards normalization without first reaching a two-state solution,” said Neil Quilliam, an associate fellow at Chatham House think tank.

Despite this, normalization is not expected to happen while King Salman is alive, said a well-connected Saudi source and a foreign diplomat in Riyadh.

“Normalization … is a carrot to get [Biden’s] focus away from other issues, especially [Saudi] human rights,” the diplomat said.

The Saudi source and the diplomat said the Saudi king was kept in the dark about Netanyahu’s visit.

Although the king chaired last weekend’s virtual G-20 leaders’ summit, rumors of his declining health have swirled since he was admitted to hospital this summer.

A video was leaked during the G-20 summit which showed the crown prince correcting the confused king’s recollection, a leak which sources said was intentional.

The Saudi government media office did not immediately respond to a request for comment.

Meanwhile, a poll released on Friday showed the vast majority of the Saudi public remains generally opposed to establishing links with Israel.

According to the survey conducted for the Washington Institute for Near-East Policy think tank, only 30% of Saudis answered “somewhat” or “strongly” agree that “people who want to have business or sports contacts with Israelis should be allowed to do so.”