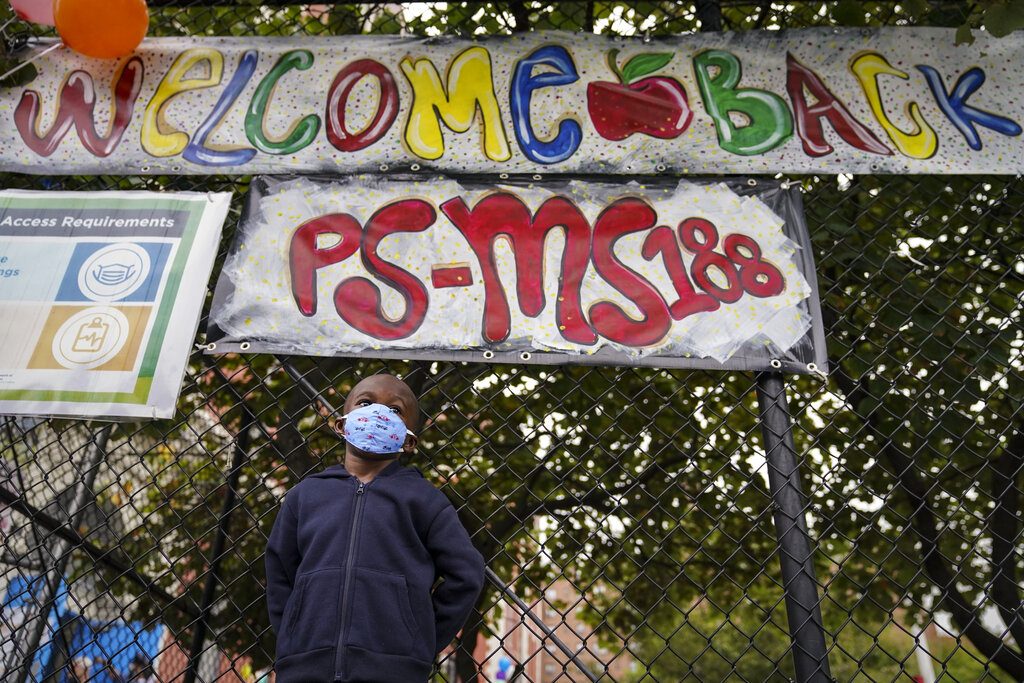 The public school system had closed on November 18th, after the city’s data showed the 7-day rolling average had hit a 3% positivity rate. Some had questioned why the city set such a strict threshold on schools, when studies have shown the coronavirus is unlikely to be transmitted there, as opposed to restaurants or bars.

On Sunday, Mayor Bill de Blasio said the city government decided to reopen after taking into consideration the demands on parents and because scientific studies have shown that children are much less likely to transmit the virus or become seriously sick from COVID-19.

“We heard from families, they need this back. We’ll get them up and running,” de Blasio said. “We have proof now have safe schools will be…we feel confident we can keep schools safe.”

Schools will be testing weekly, and consent forms for testing are required, or children cannot attend school.

The schools will be holding in-person classes five days a week, in buildings that have the space for socially-distanced classes. The city will phase out the “blended” model of virtual and in-person learning. For parents who opted out, children can still attend classes virtually.

As for middle schools and high schools, “we’ll work to get to that day but we’re not there yet,” de Blasio said.

Though New York City had initially set a 3% city-wide positivity rate as the red line to close schools, the city is setting new guidelines.

De Blasio acknowledged the 3% standard was especially “stringent…[but] we proved our schools could be safe. The previous approach doesn’t apply anymore, it’s a new approach now.”

He did not give a new threshold that would prompt school closings.