Israel Prof. Ash Announces ‘Green Passport’ for Those Who Had Coronavirus
CoronavirusIsrael 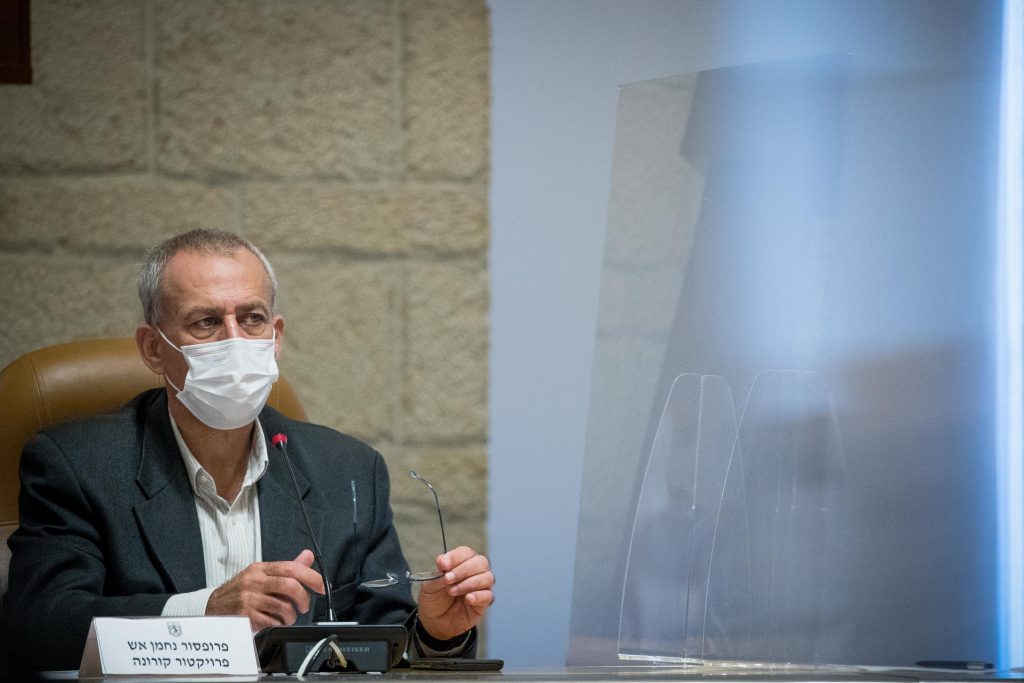 Israel will soon roll out a “green passport” program that will enable anyone who has had coronavirus to travel more freely abroad, coronavirus commissioner Prof. Nachman Ash said Thursday.

Prof. Ash delivered his first public address on Thursday evening, during which he informed the public that millions of serological antibody tests would be delivered to the various health funds and that people who think they might have had the virus can go and be checked. If they test positive for antibodies, they will receive the green passport. In addition, anyone who was diagnosed with the virus and recovered can obtain the passport.

The exact details of what will come with the passport are still in development, Ash said, although one can surmise that the program could keep hundreds of thousands and potential more than a million Israelis out of isolation.

So far, 332,937 Israelis have tested positive for the coronavirus, according to Health Ministry statistics. A nationwide serological survey conducted by the ministry from July to September found that 5.5% of Israelis – around 487,000 Israelis – had the virus, a number that has only increased since then. In areas of high infection, serological studies have shown that as much as 9% of the community was infected.

Meanwhile, Prof. Ash warned that the country should prepare for at least another year of dealing with the pandemic, adding that “a third lockdown is definitely on the agenda.”

Ash noted that the country saw an increase in the number of new diagnoses in recent days.

Israel on Thursday saw more than 1,000 new cases of COVID-19 in 24 hours, for the first time since the end of the second lockdown last month, although the positivity rate for tests remained below 2%.

“I and all the leaders of the fight against coronavirus see the heavy prices you are paying and the responsible way you are behaving,” Ash said. “You are sacrificing a great deal and working alongside us for the health of the nation,” said Ash.

“Unfortunately, there are also irresponsible people who pose a danger to all of us, those who do not wear masks, who hold mass gatherings. Most of the nation is being mindful, [but] the minority who downplay [the coronavirus] … seriously endanger us all.”

On the race to acquire a vaccine against coronavirus, Ash said: “We are preparing vigorously to lead a national vaccination campaign for the benefit of all Israeli citizens. At the end of the vaccination campaign, I hope we can declare that the people of Israel have defeated the coronavirus, but it will take more time. There are those who believe that the virus is already behind us, but I see things differently. It’s not going to be easy, it’s not going to be quick.

“My working assumption … is that the coronavirus will be around in the coming year. An effective vaccination of the population will at best take place in 2021 and at worst towards the end of next year. Therefore, we as a country and as citizens must prepare for at least a year in which we are living a coronavirus routine.”

On Friday, several malls, marketplaces and museums opened as part of a pilot program agreed upon by the Health Ministry and other members of the governments. And on Sunday, more students are expected to return to their classrooms.

“There is no room for complacency,” Ash said.

Regarding the race for a vaccine, the commissioner said that his working assumption is that the mass population will only be vaccinated at best by mid-2021 and in the worst case by the end of next year. As such, Israel will be living in the shadow of coronavirus for another year.

“We have more difficult days ahead of us,” he concluded.

Health Ministry chief Chezy Levy also held a press conference on Thursday, in which noted that “as of today, there are 15 red authorities and more orange ones. This serves the restrictions based on the traffic light plan that will be implemented next week,” Levy said. He noted that the basic reproduction rate in Israel, which stands at 1.06, was higher than planned for rolling back restrictions at this stage.

According to Levy, the government would not initiate a lockdown over Chanukah without reason.

He said, “We will track the morbidity and the repercussions of rolling back every restriction. Whether it’s in the market place and shopping, or cultural social activity or leisure. Wherever the increase in morbidity is higher than expected … we will need to contemplate imposing restrictions.”