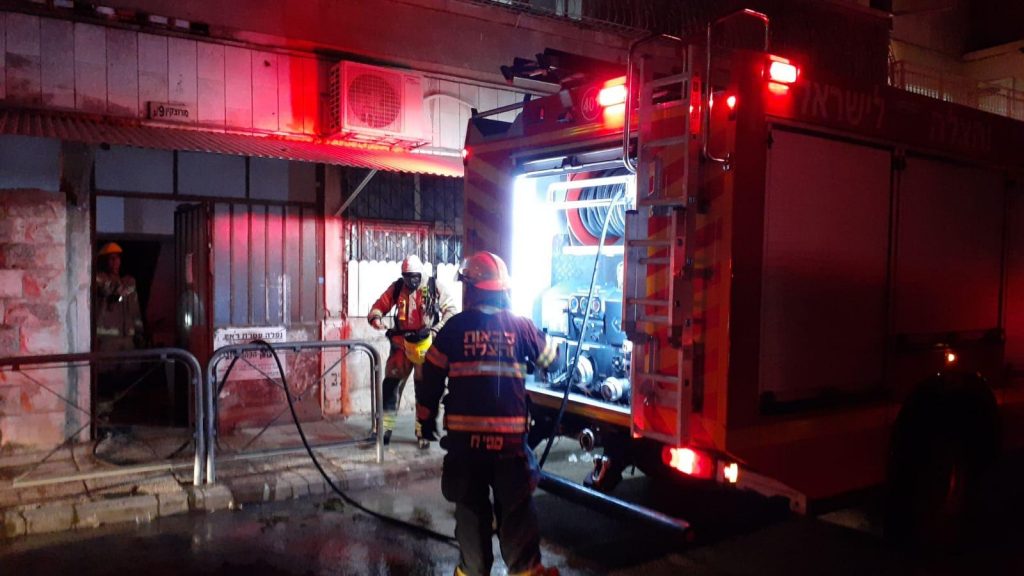 A man in his twenties has been arrested in connection with three arson attacks on buildings and a bus in Yerushalayim’s Romema and Ezras Torah neighborhoods on Thursday night.

A search of the suspect’s property revealed flammable substances in his possession as well as a communications device that appears to belong to a rescue organization.

A chain of fires broke out Thursday night throughout the Romema and Ezras Torah neighborhoods, one which left a toddler lightly injured.

During the night, MDA volunteers repeatedly rushed to deal with fire incidents with fear of casualties. The first was on Sorotzkin Street, where a huge fire occurred earlier in the week, following a report of an electrical cabinet on fire in a residential building.

Yechiel Kaufman, an MDA paramedic, described: “When I arrived at the scene, thick smoke spread on the lower floors of the building. Together with other volunteers, we helped get the occupants out of the building and concentrated the children and parents in a controlled manner. We also provided medical assistance to a one-year-old toddler.”

The organization’s volunteers were then called to the scene of a bus that caught fire on Grossberg Street in the Givat Moshe neighborhood. That incident ended with no casualties.

Immediately afterwards, the drivers dealt with an incident of smoke in a building on Yosef Ziv Street.

“When we arrived at the scene, we came across a smoke-covered building and parents next to their frightened children, who fled to the street late at night and in the cold winter, while in their pyjamas. We assisted in concentrating all the tenants and coordinated with the tenants’ representative who were not trapped in the apartments.”

Although, baruch Hashem, the chain of fires did not lead to a catastrophic disaster, the proximity of the events aroused suspicion and the police arrested for questioning a young man, who came to watch one of the fires while riding his electric bike.

His investigation will also raise the possibility that he may also be linked to the large fire earlier in the week, in which seven people were injured and more than 80 apartments were damaged or completely burned in the Sorotzkin neighborhood.