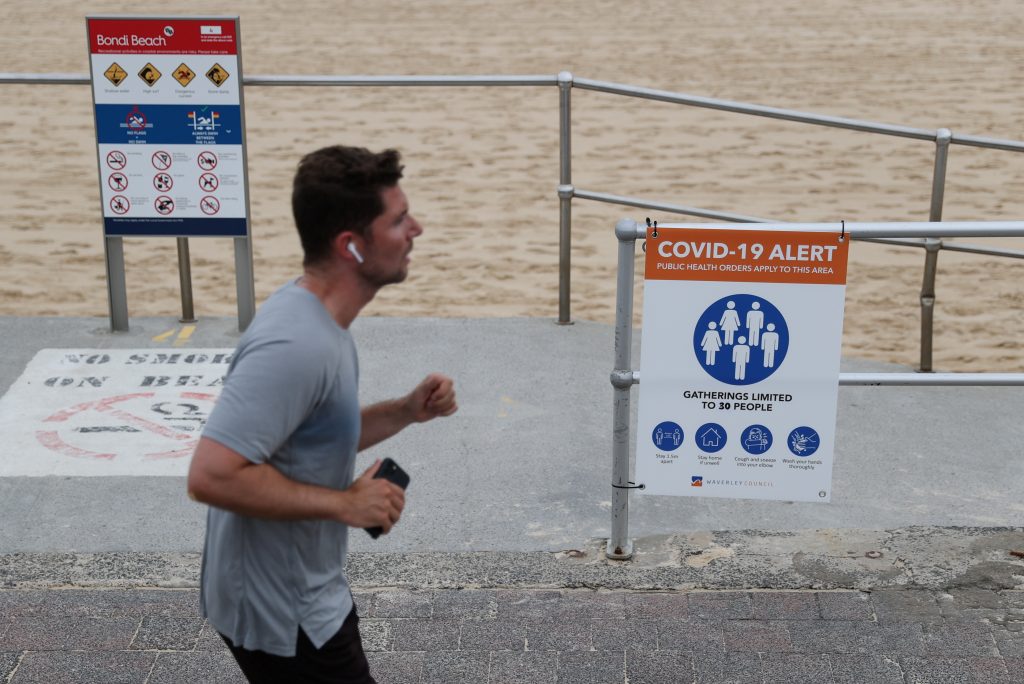 Australia’s second-largest state, Victoria, once the country’s COVID-19 hotspot, said on Friday it has gone 28 days without detecting any new infections, a benchmark widely cited as eliminating the virus from the community.

The state also has zero active cases after the last COVID-19 patient was discharged from hospital this week, a far cry from August when Victoria recorded more than 700 cases in one day and active infections totaled nearly 8,000.

The spread of the virus was only contained after a lockdown lasting more than 100 days, leaving some five million people in Melbourne, Australia’s second largest city, largely confined to their homes.

While the lockdown has seen infections wane, it slowed Australia’s economic recovery from its first recession in three decades after large swaths of the country’s economy were shut down in March.

Australia’s economy shrank 7% in the three months to the end of June, the biggest quarterly decline since records began in 1959. The unemployment rate hit a 22-year high of 7.5% in July as businesses and borders closed to deal with the coronavirus.

The slowdown in cases, however, has seen Australian states and territories remove social distancing restrictions.

Australia’s southern island state, Tasmania, on Friday became the latest to open its border to Victoria, reuniting families who had been apart for months.

Victoria is the last state to gain access to Tasmania, which closed its borders in March.

While Australia is removing restrictions in contrast to some countries in Europe, which are imposing curbs to counter a surge of infections, local lawmakers have said that only an effective vaccine will restore long-standing normalcy.

Australia has secured access to four vaccine candidates, but its best hope for a quick vaccination program lies with the AstraZeneca vaccine, which is already being manufactured locally.

The Australian government has committed to buying 33.8 million doses of the vaccine.

A speedy roll-out of the AstraZeneca came under the microscope, however, when the company said it will likely run an additional global trial to assess the efficacy of its COVID-19 vaccine.

Australia’s nearly 28,000 COVID-19 infections recorded to date, according to health ministry data, are far fewer than many other developed countries. Victoria accounts for more than 90% of the country’s 905 deaths.