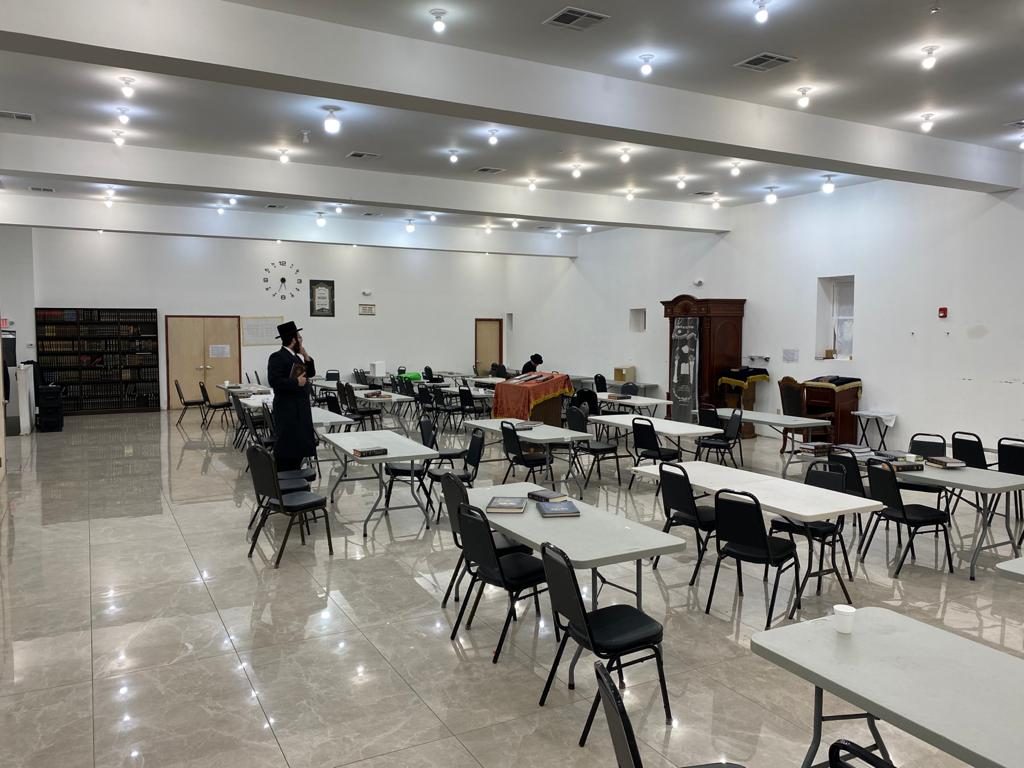 Just one year ago, the fledgling Jewish community of Jersey City was busy formulating plans for development and growth, with the residents and leaders focusing on securing sites and funding for their shul, schools and other community functions. On Tuesday, 12 Kislev 5780, life for the kehillah in Jersey City was forever changed when two people entered the local Jewish grocery and shot hundreds of rounds of gunfire, killing a Jewish woman and young man, as well as a worker helping in the store.

One year later, Hamodia spoke with a local resident who described how the families of the victims and the community as a whole are coping with the events that have unfolded over the past 12 months.

“The Jersey City Kosher Supermarket moved to a new location around 2 blocks away,” she related. “The new facility is completely remodeled, and it was given many upgrades. Most of it came from the generosity of others, who supplied the building material to furnish the store and stocked the shelves. The suppliers either donated the first orders or gave them at cost, which really helped it get off the ground. It now has beautiful salad bars and many up-to-date features, which makes it a pleasure to shop there.

“At first, there was discussion of installing extra tight security measures. But in the end, the consensus of opinion is that the incident was not specifically aimed at our community, as the attackers were not even residents of Jersey City. We view it as an outgrowth of the pervasive anti-Semitism that has plagued many surrounding areas. Not long after the tragic incident in Jersey City, Monsey suffered an attack as well.

“So, we felt that although we must be vigilant, we were not going to live in a prison. We are more careful with the locks and buzzers on the schools, but the door to the grocery remains welcoming. Our children, those who do not have house pickups, still walk to school with their friends.”

When asked about how the Ferenz family is faring, she explained that shortly after the shooting corona set in. While this of course made life tough for everyone, the effect it had on Mr. Ferenz, who lost his wife in the attack, was overwhelming.

“Not only did he have to deal with the tremendous aftermath of his family’s heartbreak, he also had to make arrangements for his children to participate in their classes from home, while he attended to the new store. He made the best of things by moving in with his family in Monroe, where he was able to see his children begin their day each morning, and then commuted to his business in Jersey City. At the present time, he is settled there in his own home, and see his children off on the bus in the morning, and returns home a short while after they return home from school, where they are cared for by friends and relatives until he arrives.

“The children come to visit with their friends on off days, and they have come back for Shabbosos as well. Despite all the difficulties they’ve been through, the family is coping well.”

In the immediate aftermath of the shooting, some of the families who had planned to relocate to the kehillah to Jersey City had to put their plans on hold. Corona, which set in shortly after, further delayed their plans, but after Pesach, the newcomers began to trickle in. Two buildings, housing four families, were filled after Pesach, and last month another four buildings were occupied by eight new families, with four more families expected in the next few weeks. Many of the new residents will continue commuting to work in Boro Park, Williamsburg or at sites nearby in New Jersey.

“Many outsiders were moved by the incident, and funds poured in to finish the shul and the buildings for the schools,” a resident told Hamodia. “The shul is magnificent, and the cheder classes, which used to be held in rooms above the old shul, are now conducted in the newly refurbished cheder building. The girls school also has a beautiful new facility, as does the girls pre-school. We are ready once again to face any challenge, and we hope to continue building our kehillah as a place where Yiddishe families can raise their children safely and securely.”