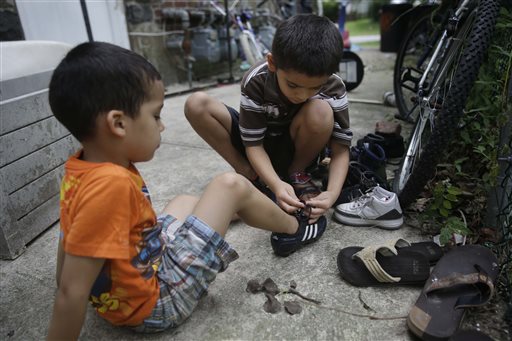 The U.S. government on Wednesday appealed a judge’s order barring the expulsions of immigrant children who crossed the border alone, a policy enacted during the coronavirus pandemic to deny the children asylum protections.

The Justice Department filed a notice of appeal Wednesday night to the U.S. Court of Appeals for the District of Columbia Circuit. It also asked Sullivan to issue a stay of the injunction pending appeal, a request he previously denied.

Since March, border agents have expelled 200,000 immigrant adults and children citing the pandemic and a need to prevent the spread of the virus, even though COVID-19 is spreading broadly through border communities and the country at large.

Sullivan’s order only covered children who cross the border without a parent and not adults or parents and children. At least 8,800 unaccompanied children have been expelled without having a chance to seek asylum protections or speak to a lawyer. Most people have been expelled within hours or days, though the Trump administration detained hundreds of children for weeks in hotels near the U.S.-Mexico border for days or weeks at a time until another judge barred that practice.

Joe Biden has said he will reverse several of President Donald Trump’s immigration programs in January. Biden has not stated whether he will stop expulsions of immigrants.

In its filing Wednesday night, the Justice Department cited the spread of the virus in border communities in Arizona and Texas. It warned that Sullivan’s order “likely will have an irreversible impact on public health” by straining hospital capacity and forcing the government to move “potentially infected” children and teenagers through airports.