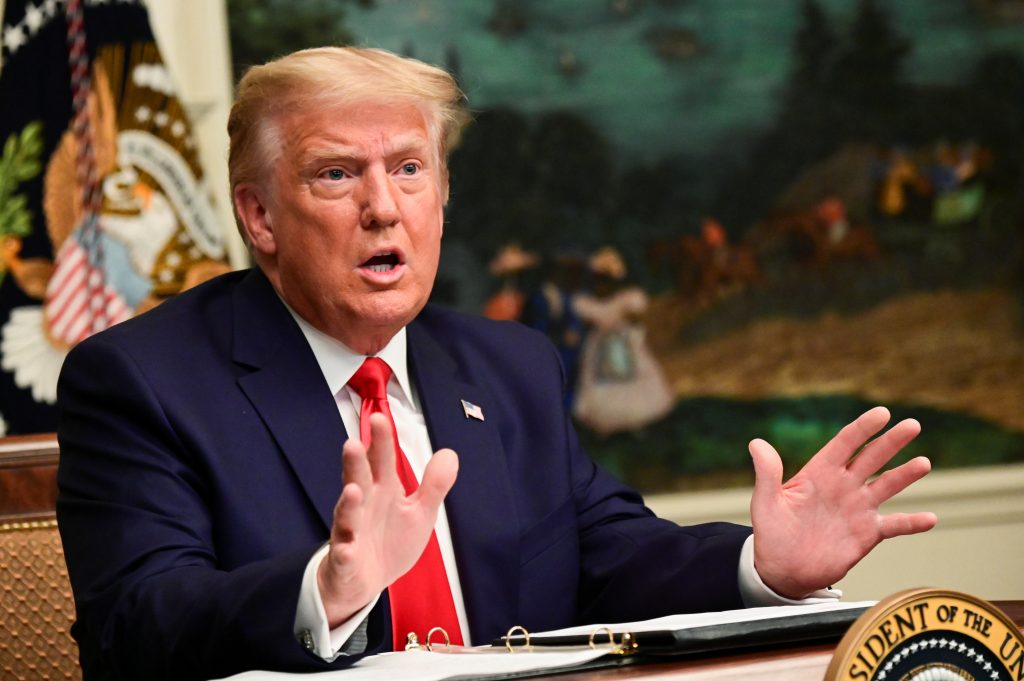 President Donald Trump said on Thursday he will leave the White House if the Electoral College votes for President-elect Joe Biden, the closest he has come to conceding the Nov. 3 election, even as he reiterated claims of massive voter fraud.

Speaking to reporters on the Thanksgiving holiday, Republican Trump said if Democrat Biden – who is due to be sworn in on Jan. 20 – is certified the election winner by the Electoral College, he will depart the White House.

But Trump said it would be hard for him to concede under the current circumstances and declined to say whether he would attend Biden’s inauguration. The electors are scheduled to meet on Dec. 14.

“This election was a fraud,” Trump insisted.

After his conversation, Trump took questions for the first time since Election Day and denounced officials in Georgia and Pennsylvania, two key swing states that helped give Biden the win, as “enemies of the state” and claimed they were culprits in vote fraud.

Trump said he would hold a rally with thousands of supporters in Georgia to support a pair of Republican candidates — Sen. David Perdue and Sen. Kelly Loeffler — whose runoff elections on Jan. 5 will determine which party controls the Senate.

Trump initially said the rally would be Saturday. The White House later clarified he meant Dec. 5.

Biden and Trump both stayed close to home to celebrate Thanksgiving on Thursday as the coronavirus pandemic raged across the country.

Biden spent the holiday in the small seaside town of Rehoboth, Delaware, where he and his wife Jill have a vacation home. The Bidens are hosting daughter Ashley Biden and her husband Dr. Howard Krein for the holiday meal.

President Trump often likes to celebrate holidays at his Mar-a-Largo resort in Florida. But on Thursday he remained in the Washington area, spending part of the morning at his Trump National Golf Club in Virginia where he played a round of golf.

It was a far cry from last year when he made a surprise visit to Afghanistan, where he served turkey to U.S. troops before sitting down to eat Thanksgiving dinner with them.

This time, Trump spoke by video link from the White House to members of the military.