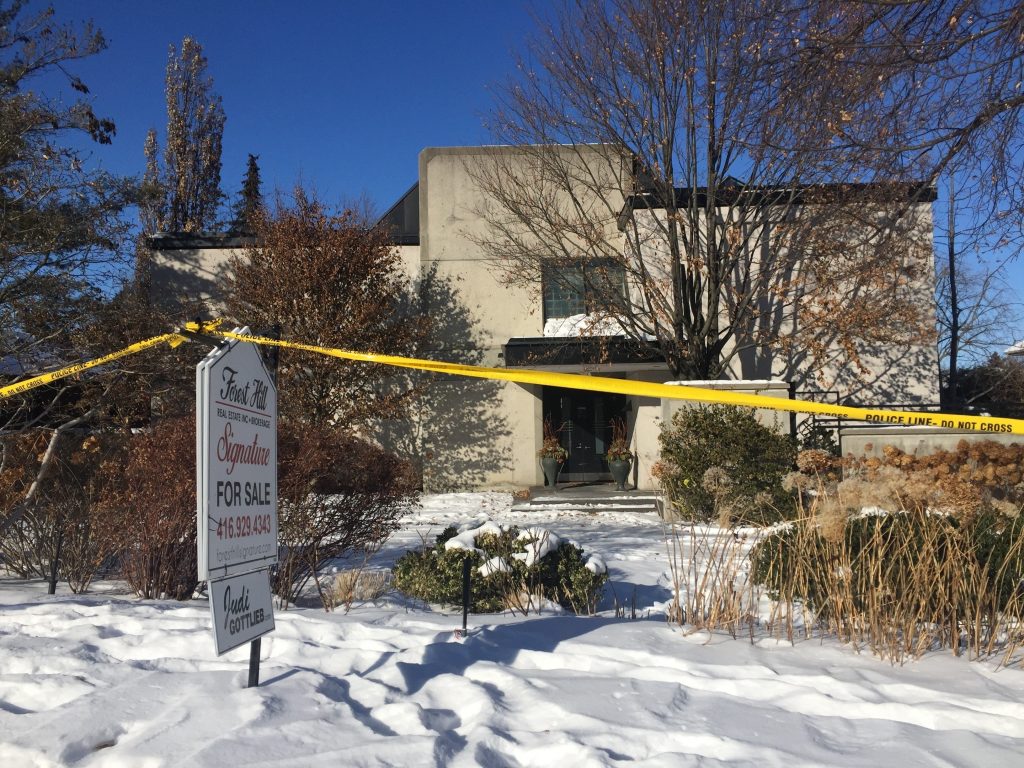 Toronto police said Wednesday that they have identified a person of interest in the killing of Canadian drug company billionaire Barry Sherman and his wife nearly three years ago.

Police Constable Jenifferjit Sidhu confirmed a report by the Toronto Star that a person of interest had been identified but not arrested.

Sherman, who founded generic drugmaker Apotex Inc., and his wife, Honey, were found dead in their Toronto mansion on Dec. 15, 2017. The two were hanging by belts from a railing that surrounds their indoor pool and were in a semi-seated position on the pool deck.

Sherman, 75, developed Apotex, which had a global work force of about 11,000. In “Prescription Games,” a 2001 book about the industry, he mused that a rival might want to kill him.

The couple was among Canada’s most generous philanthropists, and their deaths shocked Canadian high society and the country’s Jewish community. They made numerous multimillion-dollar donations to hospitals, schools and charities and had buildings named in their honor.

The day after the bodies were found, some prominent news media outlets quoted unidentified police officials as saying the deaths appeared to be a murder-suicide. That upset the couple’s four adult children, who then hired their own team of investigators and a pathologist, who conducted second autopsies on the Shermans.

Police later said publicly they believed the Shermans were murdered.

Friends and family say the couple had been making plans for the future. They had recently listed their home in Toronto for 6.9 million Canadian dollars and they were building a new home in the city.

Sherman faced legal action from cousins who said they had been cut out of the company over the years. A judge dismissed the claim just months before the couple was found dead.