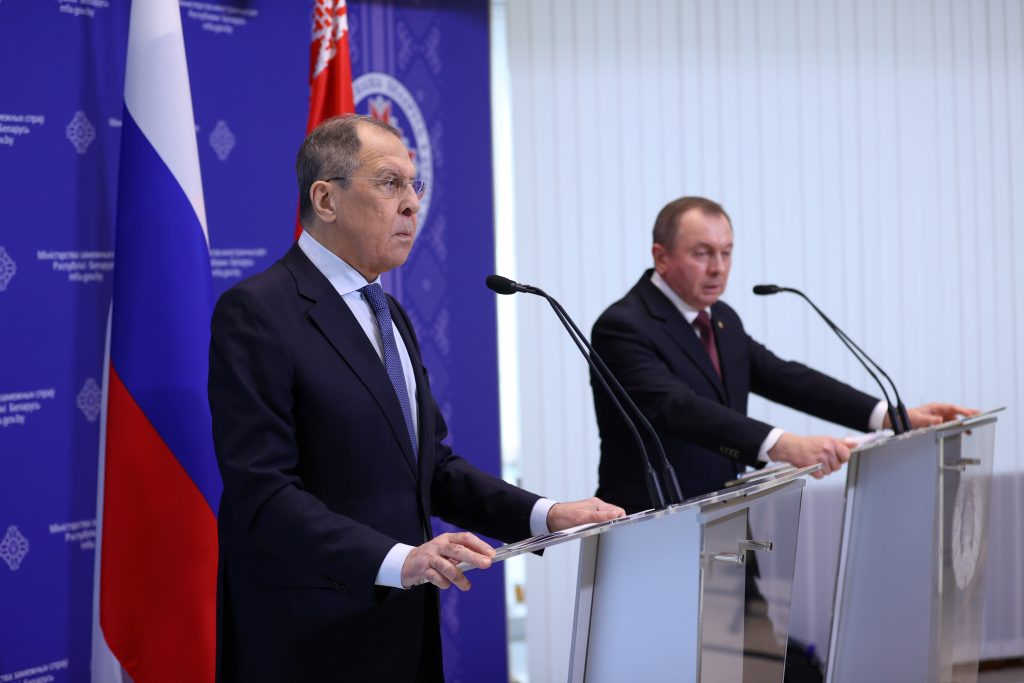 Russia’s foreign minister told Belarusian President Alexander Lukashenko on Thursday to honor agreements with the Kremlin and press ahead with constitutional reforms to defuse a political crisis after months of protests.

Lukashenko, who faces calls to step down following an Aug. 9 presidential election, which protesters say was rigged, promised during talks with Russian President Vladimir Putin on Sept. 14 that he would reform Belarus’s constitution.

Lukashenko has denied electoral fraud and secured a lifeline $1.5 billion loan from Moscow, whose political support is vital for him to stay in power. He later said Belarus could hold new elections once the constitutional reforms had been adopted.

But political opponents have dismissed Lukashenko’s reform proposal as a stalling tactic, and the reforms have not materialized.

“As President Putin has repeatedly stressed, we are interested in seeing these initiatives happen,” Russian Foreign Minister Sergei Lavrov told Lukashenko during a trip to the Belarusian capital, Minsk.

Lavrov did not say publicly what other initiatives Moscow may like to see. Russia has long sought closer integration with Belarus but Minsk has resisted, fearing it will be swallowed up by its larger neighbor, which dominated it in Soviet times.

“We of course have an interest in the situation being calm, stable and we think that beginning the constitutional reform initiated by the country’s leadership would contribute to this,” Lavrov said.

Lavrov told Lukashenko that Moscow was not in contact with the Belarusian opposition and accused the West, which has imposed sanctions on Minsk, for meddling in Belarus.