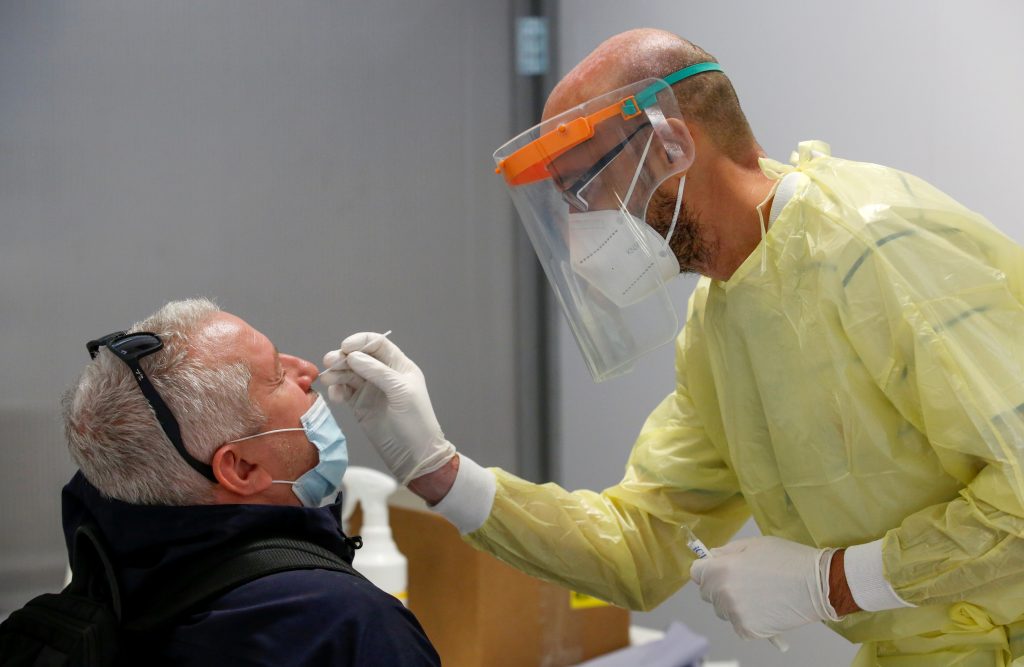 Rome’s Fiumicino airport will run COVID-tested flights to and from the United States operated by Delta Air Lines and Alitalia, it said on Thursday, adding it will be the first airport in Europe to offer the service on transatlantic flights.

From December, passengers flying between Rome and some U.S. destinations can be tested for the coronavirus 48 hours before departure and on arrival at the airport, to avoid the mandatory 14-day quarantine Italy imposes on incoming travelers.

Aeroporti di Roma (ADR), the unit of Italian infrastructure group Atlantia that runs Fiumicino airport, said the new protocol will be valid for those flying from New York JFK, Newark and Atlanta.

In a separate statement, Delta Air Lines said it would reopen its routes between Hartsfield-Jackson Atlanta airport, in Georgia, and Rome on Dec. 19 to those travelling for work, health or study reasons.

Fiumicino saw its passenger traffic plummet this year due to the coronavirus crisis and early in March it was forced to announce a partial closure.

In September, in an effort to resume domestic travel after the first wave of the epidemic, Italian carrier Alitalia experimented with COVID testing on some flights between Rome Fiumicino and Milan city airport Linate, Italy’s biggest hubs.

However, the government progressively restricted movement between regions to tackle a second wave of infections and Milan is currently under a partial lockdown.

The Italian government is expected to give the go-ahead to COVID-tested U.S. flights in the coming days, ADR said, adding that the government’s official backing will also allow them to offer such flights between Rome and Munich, and Rome and Frankfurt in Germany.