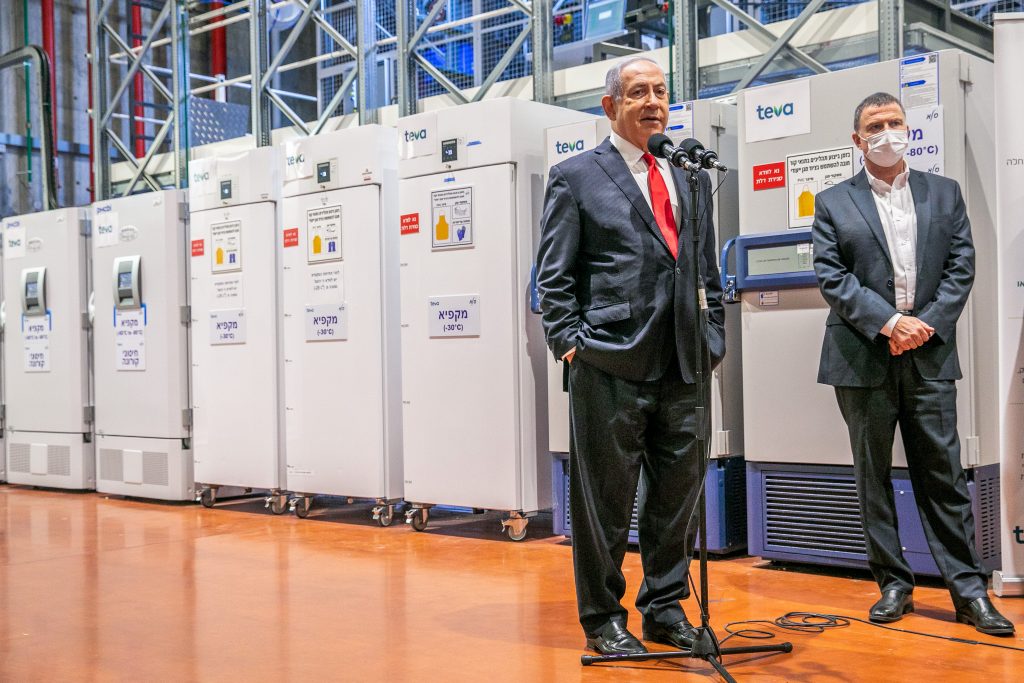 For the first time, Prime Minister Binyamin Netanyahu‏‏ has publicly acknowledged that the coalition is faltering and elections are unavoidable.

Netanyahu said on Thursday said there was “no doubt” about elections, for which he blamed his coalition partners.

“When agreements are not respected on the part of Blue and White, there is no doubt that we are on the way to elections,” he said.

Netanyahu has frequently reported as anticipating, or even maneuvering for, new elections, but Thursday marked the first time he has confirmed that this is the direction to go in.

Blue and White refused to accept blame for the crisis. In a statement released following Netanyahu’s comments it said:

“The one who violates agreements, holds up appointments and deprives the state of a budget for months over political and personal motives is Binyamin Netanyahu. It’s not by chance that in polls the overwhelming majority of the public accuses Netanyahu of going to the polls, it’s because it’s true.”

Blue and White MK Izhar Shay said on Army Radio there’s a “good chance” the party will support next week’s no-confidence motion and bring down the government.

The no-confidence vote, being brought by Opposition Leader Yair Lapid, is scheduled for December 2.

In recent weeks, Benny Gantz’s Blue and White have taken actions which have angered Netanyahu and the Likud, such as recommending a state inquiry into the scandal surrounding the corruption-riddled purchase of submarines from Germany, which was seen as an attack on Netanyahu who could be implicated even though until now investigators have said he is not a suspect.

The failure to pass a state budget and to appoint senior law enforcement officials have also been sources of conflict between the two parties, leading to the present crisis.

Earlier this month Gantz directed his party to gather together “all of the relevant bills that will advance equality, fight corruption and other values that are important to us,” a signal to Likud that issues which have been put aside for coalition harmony will now be advanced regardless.

Still, Netanyahu held out hope that they could compose their differences. “If we see a different approach from the Blue and White side and cooperation within the government, instead of a government within a government, we can continue to work together. If not, everyone can understand that this will lead to elections,” the prime minister said.