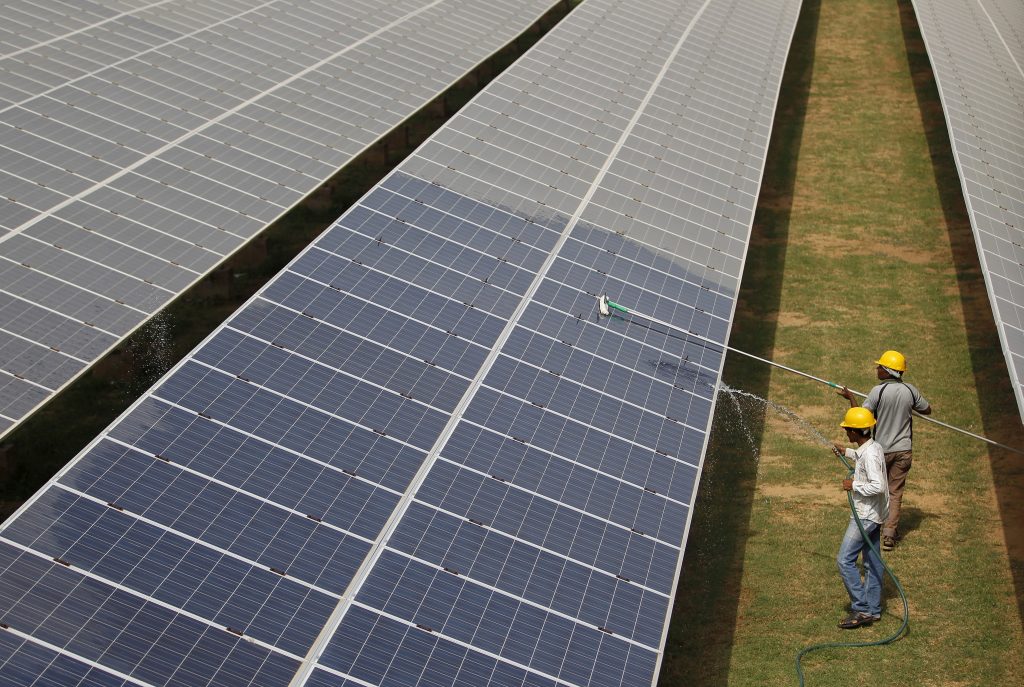 “Demand for energy in India will keep growing. There are huge renewable energy deployment plans for the next decade,” Modi told the third global RE-Invest conference.

The virtual conference was also attended by Israeli Prime Minister Binyamin Netanyahu, Dutch Prime Minister Mark Rutte and senior government officials from Britain and Denmark. All three countries have emphasized projects and technology investment that will expand alternate energy sources such as wind and solar power and cut reliance on gas and oil.

India’s green energy capacity, which encompasses solar, wind, bio-power, and small and large hydropower, is currently at 136 GW. That is expected to increase to 220 GW by 2022, Modi said.

“These are likely to generate business prospects of the order of $20 billion a year,” he said, adding that the country’s green energy sector has attracted investments of $64 billion over the last six years.

While India has increasingly adopted renewable energy, it is also home to some of the world’s most polluted cities due to its longtime heavy reliance on coal and other fossil fuels.

The capital New Delhi has the world’s dirtiest air, with millions choking every winter due to a hazy smog arising from burning of farm stubble, coal-fired plants and car emissions.

Modi said the South Asian nation was among the few countries on track to meet a goal of the 2015 Paris agreement of capping the rise in average temperatures to well below 2 degrees Celsius before the end of the century. He did not elaborate.

Solar tariffs in India fell to a record low of 2 Indian rupees ($0.0271) per kilowatt hour this week, with firms based out of Singapore and Saudi Arabia winning bids to generate power.

Modi also said he expects demand for domestically made solar cells and modules to increase to 36 GW in three years.

India currently imports over 85% of its solar cell and module requirements from China, and its local manufacturing potential is negligible compared to its requirements.

“We want to make India a global manufacturing hub in the renewable energy sector.”