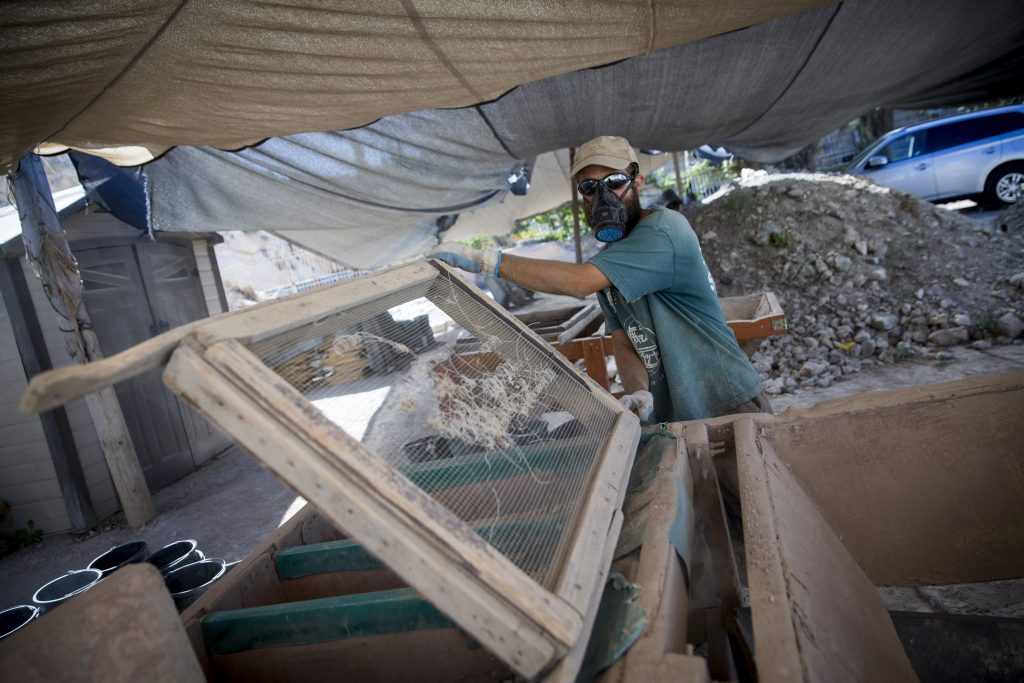 A nine-year-old boy has discovered a gold bead that archeologists believe belongs to the period of Bayis Rishon.

The discovery was made back in August but not recognized until now because it was initially thought to be a modern artifact that got mixed up with the earth being sifted.

But after project co-director Prof. Gabriel Barkay, an expert in ancient gold and silver artifacts, took a closer look, he realized that this was a valuable find.

His co-director Zachi Dvira said that it is extremely rare to find gold jewelry outside of graves or treasure troves.

“It’s difficult to explain why a bead is so interesting and important,” Dvira told The Times of Israel. “But it’s very curious whose bead it was.”

Gold jewelry was usually passed on from generation to generation, said Dvira, making the discovery of even a small gold bead a rare thing in archaeology.

The Temple Mount Sifting Project salvaged tons of dirt discarded in the Kidron Valley between 1996 and 1999 by the Northern Branch of the Islamic Movement during a large-scale building project on the site. Volunteers have for years been sorting through the jumble of debris and earth that was illegally excavated.

Though the bead is tiny – 6 mm diameter and 4 mm high – it still feels “heavy” due to the purity of the metal and the highly specialized granulation used to form it. This handmade bead is fashioned from four layers, each made of tiny gold balls that adhere to each other.

To create the bead, Dvira explained, “The granules are shaped from tiny metal pieces which are melted on a bed of charcoal or charcoal powder, which adsorbs air, preventing oxidation. Once the metal melts, [the] surface tension of the liquid creates ball-shaped drops. An alternative method involves dripping the liquid metal from a height into a bowl and constantly stirring the drops.”