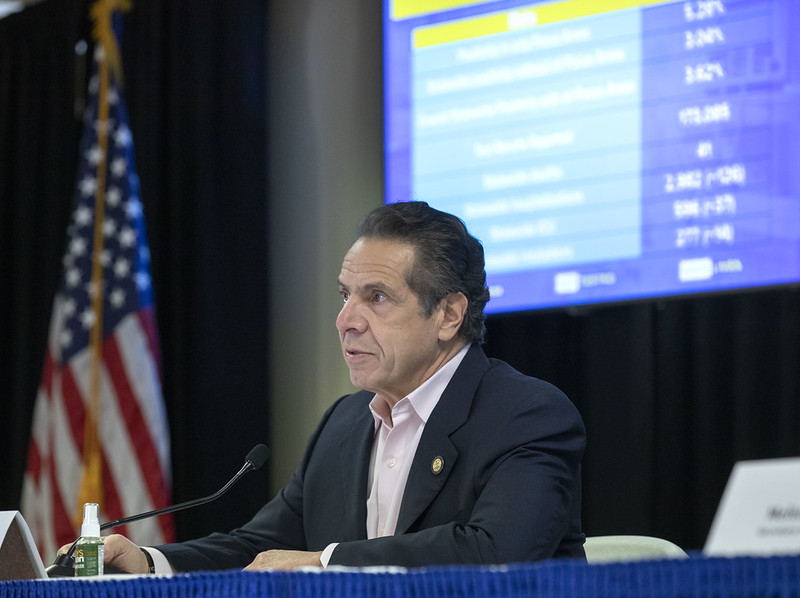 New York Governor Andrew Cuomo brushed aside the Supreme Court’s midnight ruling on restricting gatherings in houses of worship as “irrelevant from any practical impact.”

The Supreme Court ruled in favor of Agudath Israel of America and the Brooklyn Catholic Diocese, who argued that the State’s strict limits on attendance in houses of worship amounted to religious discrimination.

In his press conference on Thursday, Cuomo noted that the Supreme Court decision was handed out after the case rendered irrelevant because last week, Brooklyn moved from an orange zone to a yellow zone, which eased restrictions of houses of worship.

He also pointed out that the ruling was an injunction, not a final legal decision, and could go back to the Appeals Court. The decision also will not impact New York State’s restrictions on gatherings.

In an orange zone, there would be a 25 people maximum allowed in services, but in a yellow zone the house of worship could be filled at 50% capacity.

“I think this was really just an opportunity for the Court to express its philosophy and politics,” said Cuomo. “I fully respect religion and if there’s a time in life when we need it, the time is now, but we want to make sure we keep people safe at the same time. That’s the balance we’re trying to hit, especially through this holiday season.”

The Supreme Court decision was divided on political affiliation lines, with the conservative majority making the decision and Chief Justice John Roberts joined the three liberals judges in the dissent.