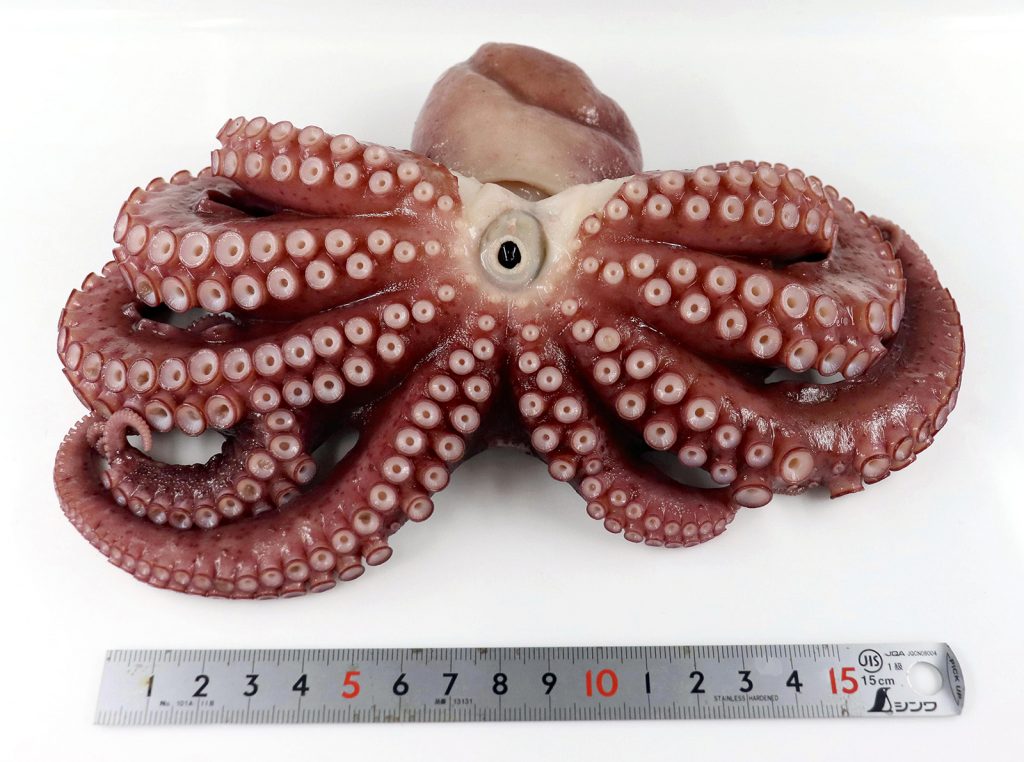 No, they’re not pulling your leg.

The discovery of an octopus with nine legs in Shizugawa Bay in Minami-Sanriku, Japan, has surprised even a local researcher, who said he had never seen such a phenomenon.

An octopus has the ability to regenerate its eight legs, and by some chance this one perhaps added one.

The nine-legged creature was discovered by Kazuya Sato, 40, who by profession cultivates wakame seaweed in the town. On Nov. 13, he caught four octopuses in a trap and brought them home, where his mother, 65, noticed that one had nine legs.

A startled Sato then notified the Shizugawa Nature Center in Minami-Sanriku.

According to Takuzo Abe, a 46-year-old researcher at the center, the octopus can regenerate a leg even if it is cut off. If a leg is damaged, a new one could regrow from the damaged area, Abe said.

The nine-legged octopus’s extra limb branches off from the middle of the third leg on the left side.

The Shizugawa Nature Center soaked the nine-legged octopus in alcohol to preserve it as a specimen, and plans to put it on public display.

“I want to leave this for posterity and use it to get more people to know about the abundant nature of Shizugawa Bay,” Abe said.