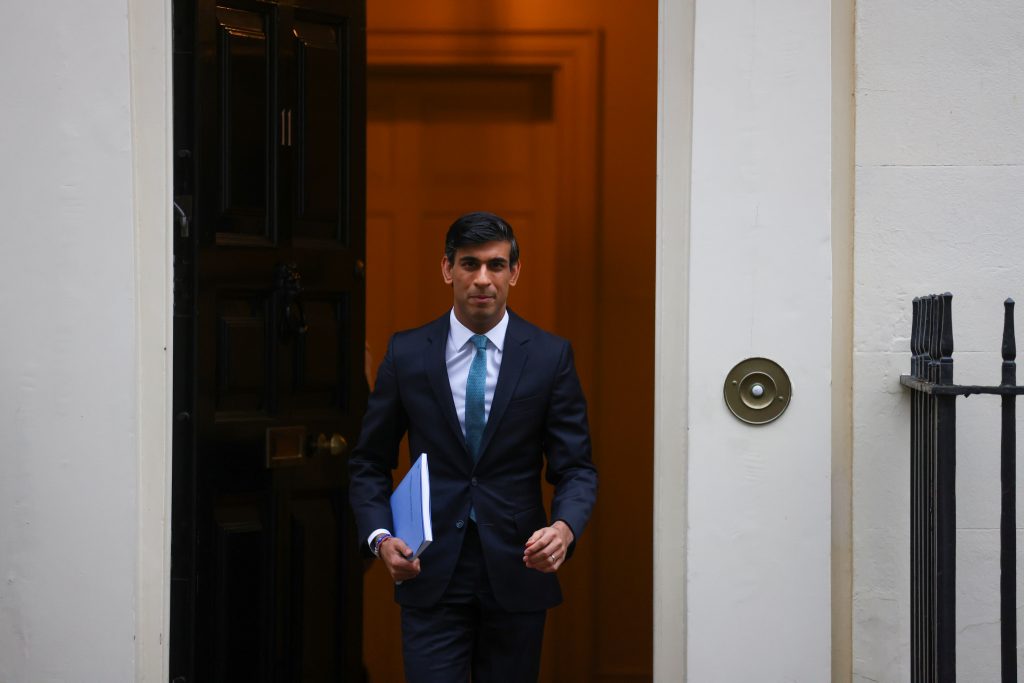 Britain will borrow almost 400 billion pounds this year to pay for the massive coronavirus hit to its economy, Finance Minister Rishi Sunak said, as the budget deficit climbs to its highest level outside wartime.

“Our health emergency is not yet over. And our economic emergency has only just begun,” he told Parliament, promising more money for health and to fight unemployment.

The Office for Budget Responsibility (OBR) estimated borrowing would be 394 billion pounds ($526 billion) in the 2020-21 financial year that began in April, slightly more than its last prediction in August.

At 19% of gross domestic product, that will be almost double its level after the global financial crisis, which took nearly a decade of unpopular spending cuts to work down.

Britain was hammered harder by the coronavirus pandemic than most other rich economies as it underwent a long lockdown.

Nearly 56,000 Britons have died from COVID-19, the highest death toll in Europe.

The OBR said the economy was only likely to regain its pre-crisis size at the end of 2022 — or later if Britain fails to strike a post-Brexit trade deal with the European Union before a transition arrangement expires in less than six weeks’ time.

Sunak made no reference to Brexit in his speech.

Since the pandemic struck Britain a few weeks after he took over as finance minister, the former Goldman Sachs analyst has rushed out emergency spending — much of it on pay subsidies to fend off a surge in unemployment — and tax cuts.

The shift away from the traditional economic orthodoxy of the Conservative Party has alarmed some lawmakers.

Sunak said the cost of his measures to fight the coronavirus was now 280 billion pounds for this year, up from a previous estimate of about 200 billion pounds.

Even so, long-term economic damage of roughly 3% of GDP was likely as a result of COVID-19, the OBR said.

Sunak has previously said that now is not the time to start reining in borrowing sharply, with the economy likely to shrink again in the fourth quarter of 2020.

He made no mention of the timing of any significant push to fix the public finances on Wednesday.

But the OBR said it would take 1% of GDP of spending cuts or tax hikes to bring the government’s day-to-day spending into line with its revenues. Debt was likely to rise further, to over 109% of GDP in 2023-24, up from about 101% now.

Rather than explain how to bring the debt down, Sunak sought to stress how spending would rise in the short term as Britain grapples with the fallout from the pandemic.

Over this year and next, day-to-day spending will rise by 3.8% in inflation-adjusted terms, the fastest growth rate in 15 years.

To meet Prime Minister Boris Johnson’s promise to voters of “levelling up” growth around the country, 100 billion pounds will be spent next year on longer-term investment, 27 billion pounds more than last year.

He announced a freeze on pay for public sector workers, except doctors, nurses, other health staff and the lowest-paid public workers, and a cut to Britain’s foreign aid budget.