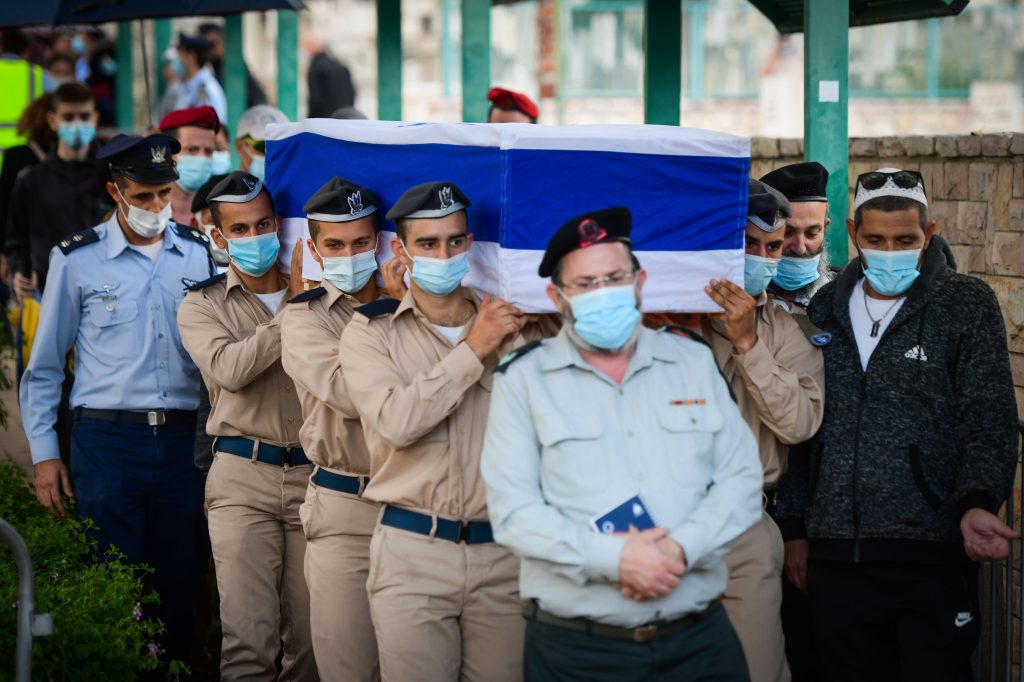 Itay Zayden, 42, and Lihu Ben-Bassa, 19, were buried on Wednesday, a day after their training aircraft crashed in southern Israel in a field of Kibbutz Mishmar Hanegev.

The instructor Zayden and cadet Ben-Bassa were the only two aboard the Grob G120A, (“Snunit”) when it crashed during a routine training flight.

Although Zayden’s levayah was closed to reporters, a close friend Lior Reiser spoke on behalf of the family, describing him as “the salt of the earth, a family man, one who connected everyone, one whose charisma and humility were a wonderful thing. His death is a heavy tragedy for everyone.”

“His children adored him. He was a very dominant figure in the family,” he said, adding that Zayden had discharged early from active duty in order to help his wife raise their children. “He was proud of what he did.”

Ben-Bassa’s father Shlomi ybl”c said a tearful hesped at the levayah in Rishon LeTzion: “My dear son Lihu, I am writing these illogical words… from your little bedroom. In front of me on the bookshelf are miniature planes that you asked me to buy you. Planes you loved to assemble with endless patience,”

In his high school yearbook, according to Yedioth Ahronoth, Ben-Bassa wrote: “In 10 years I’ll be a pilot.”

“He was a special and humble guy,” a friend of Ben-Bassa told Army Radio. “Though he dreamed from a young age of getting into the pilots’ course, he didn’t feel the need to tell everyone he had been chosen. We were happy and excited for him.”

The air force has opened an investigation into the cause of the tragedy.

The plane involved in the accident had seen a previous malfunction in recent months, Channel 13 reported. But the problem had been fixed, and in general the plane is rated as safe.

The plane is generally considered to be very safe.

Because there was no communication between the plane and the ground before the crash, investigators are working at unraveling the mystery of what happened despite lack of information.

“It is not clear if it was caused by a technical malfunction or human error,” IDF spokesman Hidai Zilberman said in a briefing with reporters on Tuesday. “To the best of our understanding, there was no discussion between the plane and the tower and the weather conditions were good.”

The plane had no black box or ejector seat, but was designed in such a way that the instructor could take control in an emergency.

According to Yisrael Hayom, the IDF believes it was probably a mechanical malfunction.

The flight was said to be a simple one, with no maneuvering, in order to test if the cadet had sufficient skill to continue in the course.

“Past experience teaches that even in the most complicated and opaque cases, air force crash investigators manage to find out the causes of the crash at the end of the day,” the paper said.