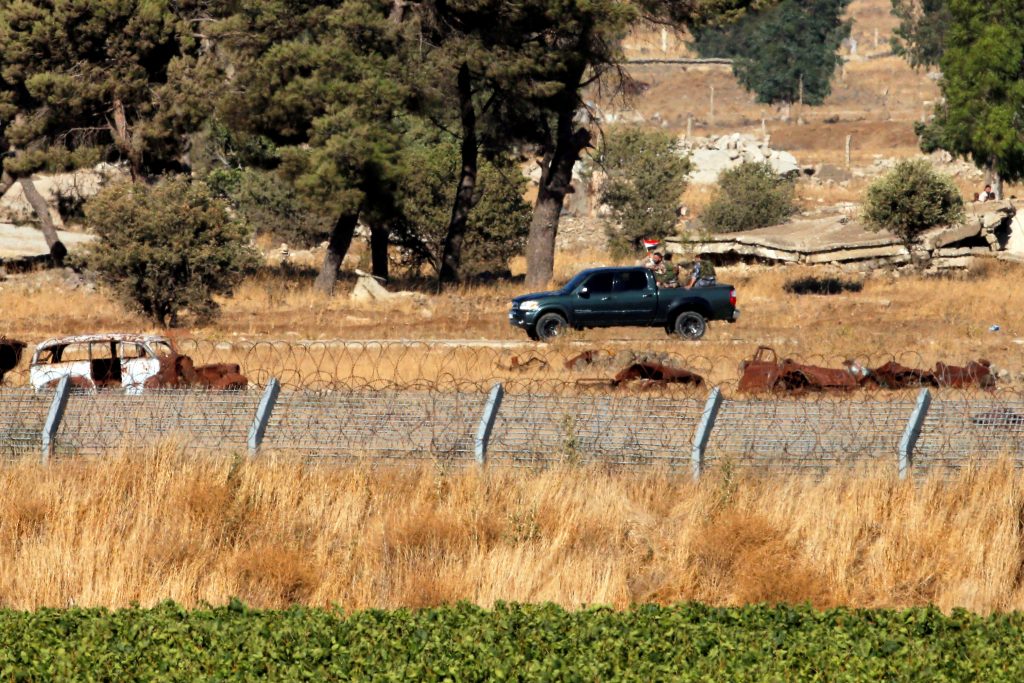 The report, which quotes an unidentified military official, said the warplanes struck shortly before midnight south of Damascus, from the Israeli side of the Golan Heights. The statement didn’t elaborate on the target or the damage.

Earlier, the state Syrian Arab News Agency SANA said Syria’s air defenses responded to incoming missiles. Later reports on SANA and Syrian Al-Ikhbariya channel said Israeli warplanes struck in a village in Quneitra province on the edge of the Golan Heights and southwest of the capital Damascus. They offered no details.

Israel last week acknowledged attacking Iran-linked targets in Syria along the Golan Heights after spotting a squad planting roadside bombs near one of its positions.

Israel has launched hundreds of strikes on Iran-linked military targets in Syria over the years but rarely acknowledges such operations. Last week’s operation appeared to be sending a public message to Iran and Syria after discovering the anti-personnel mines near its troops.

Last month, an overnight attack on a location in Quneitra was reported by Syrian media, which also said Israeli warplanes were behind it. A war monitor said three people were killed in that attack on a post used by Iran-allied militias.

Israel seized the Golan Heights from Syria in the 1967 war and later annexed it in a move that is not internationally recognized. It says it targets mostly sites of Iranian units and the Lebanese terror group Hezbollah in Syria, seeking to curb Tehran’s influence near its borders. Such attacks have increased in recent months.

Iran is a key ally of Syrian President Bashar Assad in the country’s civil war.