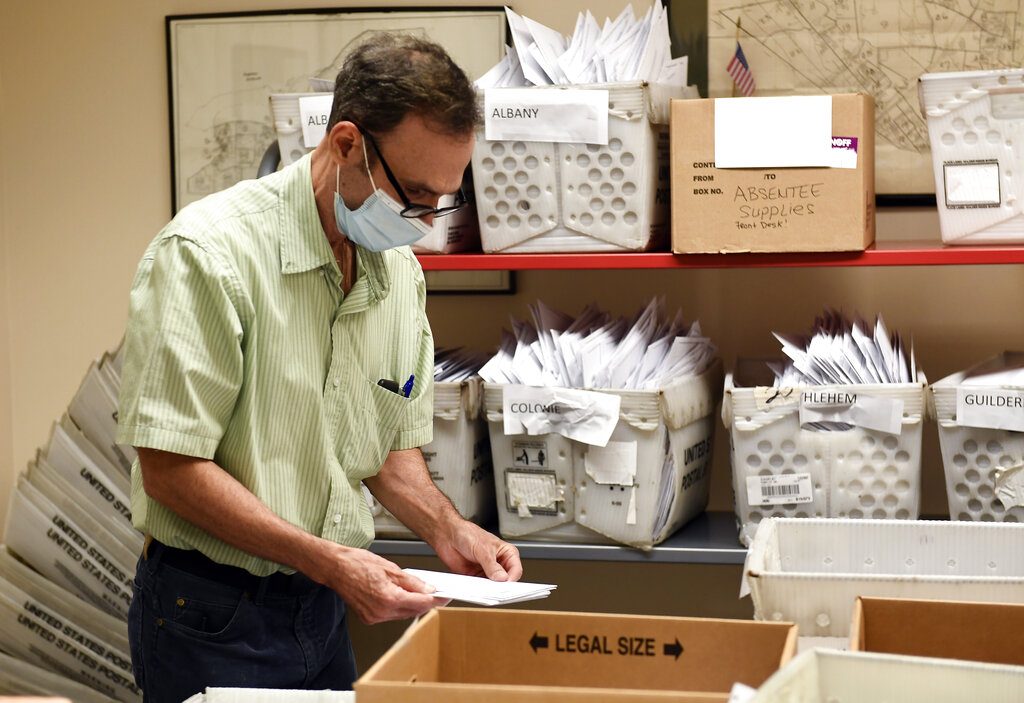 New York may permanently expand voting by mail — something it tried on a wide scale for the first time this year — while also trying to reform its molasses-slow and opaque process for counting absentee ballots.

A proposed constitutional amendment would do away with the rule limiting absentee voting to people who are ill, have a physical disability or will be out of town on Election Day.

The proposal cleared one round of legislative approval in 2019. Senate Elections Committee Chair Zellnor Myrie said he is optimistic it will pass a second required round as soon as January, which would clear the way for the amendment to be put before voters in a referendum as soon as next fall.

Supporters say the coronavirus pandemic has only generated more momentum.

If the amendment passes, it will be up to lawmakers to craft legislation improving a mail-voting system that was expanded in a hurry this year because of the pandemic, and has more than a few rough spots.

Historically, New York has only allowed a small slice of the public to vote by mail. This year, though, Gov. Andrew Cuomo allowed anyone with a valid registration to vote absentee, rather than risk virus exposure at a polling site.

As a result, nearly 2 million people cast absentee ballots — more than 20% of total votes cast. That figure was praised by advocates of easy-access voting, but it also put enormous pressure on a tabulation system accustomed to handling only 4% of the vote in past elections.

More than three weeks after the last votes were cast, the results of some congressional and state legislative races remained unclear as votes continued to be tabulated.

And unlike Election Day results, which are released as they come in, some counties — and New York City’s Board of Elections — decided to keep their absentee counts a secret throughout the counting process.

“Clearly the boards of elections were overwhelmed and probably need resources to deal with the amount of absentee ballots,” he said.

Voting rights and good government advocacy groups have called on New York to allow no-excuse absentee voting for over a decade.

New York’s practice of waiting until a week after the election to even begin counting absentee ballots is another reason for delayed results. Many other states allow elections officials to count absentee ballots as they come in.

“The frustration New York voters may have seeing other states counting so quickly is very understandable,” Myrie said.