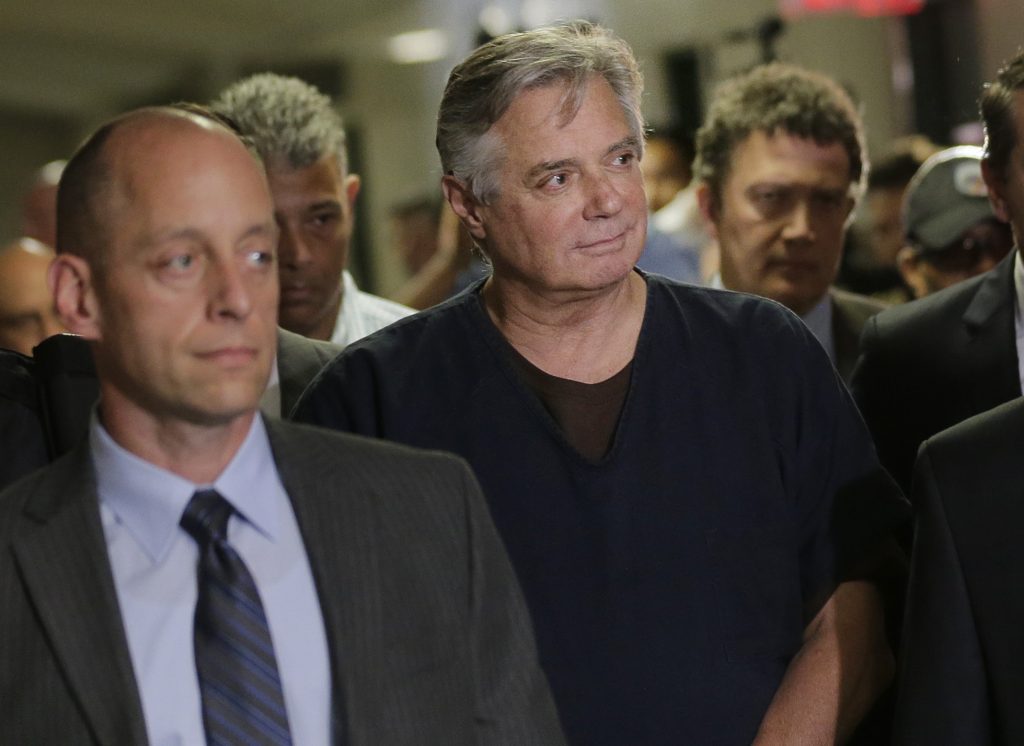 The Manhattan district attorney’s office sent a letter Tuesday to the state’s chief judge asking permission to challenge an intermediate appeals court’s ruling last month, which upheld a judge’s decision to dismiss the case on double jeopardy grounds. In New York, the highest court is called the Court of Appeals.

A four-judge panel in the intermediate court ruled Oct. 22 that the DA’s office failed to demonstrate that the state charges warranted an exception to state double jeopardy protections. That echoed trial court judge Maxwell Wiley’s finding last December that the state charges against Manafort mirrored the federal case that landed him behind bars.

A message seeking comment was left with Manafort’s lawyer, who previously said the case led by Manhattan District Attorney Cyrus Vance Jr. had extensive factual overlap with the federal case and was a “clear violation of New York law.”

Vance, a Democrat, filed the state charges in what was widely seen as an attempt to hedge against the possibility Trump would pardon Manafort for federal crimes. That hasn’t happened.

Manafort, 71, was convicted in federal court on charges alleging he misled the U.S. government about lucrative foreign lobbying work, hid millions of dollars from tax authorities and encouraged witnesses to lie on his behalf.

He was released to home confinement in May because of concerns about the coronavirus less than a year into his nearly 7½-year sentence.