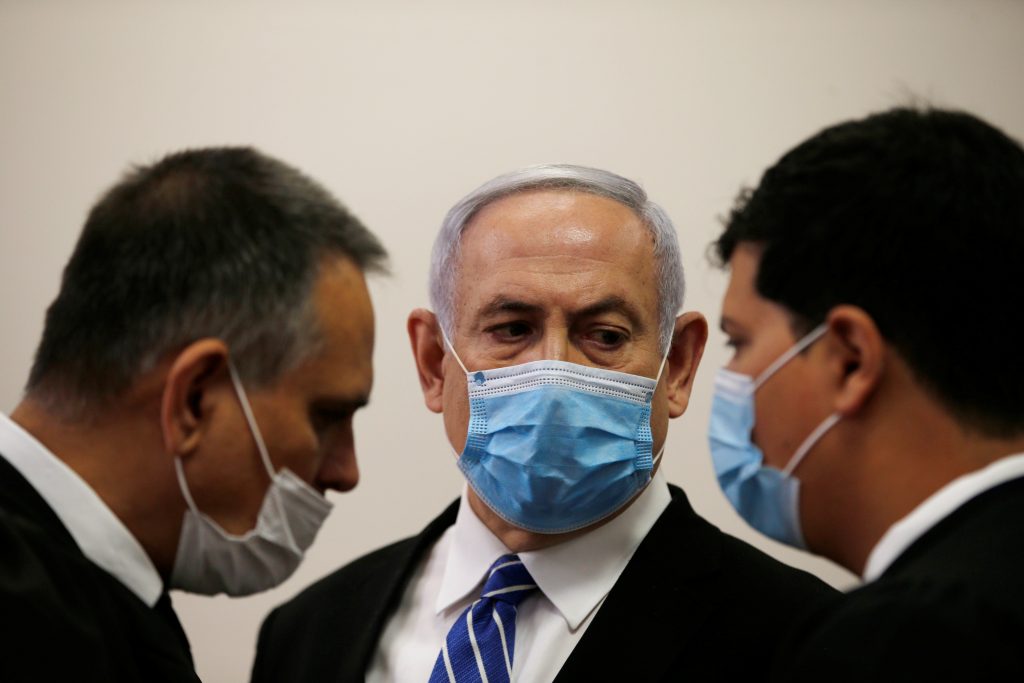 The Yerushalayim District Court decided on Tuesday to accept Prime Minister Binyamin Netanyahu’s attorney’s request and delay the evidence phase in his trial to February 2021.

The request was also filed by the Elovitch couple, Shaul and Iris, who are involved in Case 4000.

The defendants were supposed to file their response to the indictments until November 29 – next Sunday – however, both Netanyahu’s defense lawyers and the Elovitch couple asked to amend essential flaws in the wording of the indictments.

In addition, they requested to change the order of the trial procedure in case their request for amendment will be accepted so they can prepare a response accordingly.

According to Walla News, the defendants will file motions to dismiss the case on November 29, but the official and final motions will be presented in the start of the public trial in February. Political analysts have noted that if elections are to be held in March, as seems likely, it is possible that the trial will be pushed off once again.

On December 6, pretrial hearing of those motions will be presented at court.

Netanyahu faces trial with charges of bribery, fraud and breach of public trust. He vehemently denies any wrongdoing.