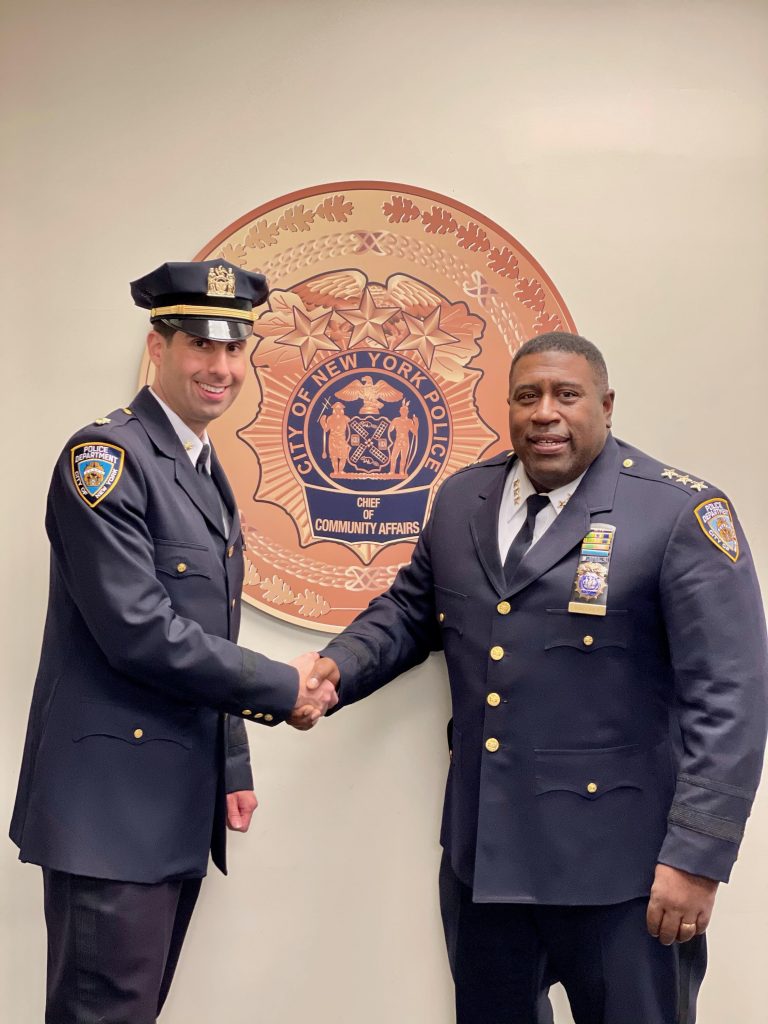 Taylor has served in the Department’s Community Affairs Bureau for the past nine months – he also served there as a sergeant in 2013 and 2014 – and will remain there following his promotion.

The promotion ceremony was held at the Police Academy in Queens on Tuesday morning, and presided over by Commissioner Dermot Shea. Several other police officials participated, but no one from outside the Department was allowed to attend the small ceremony, due to the COVID-19 pandemic.

In phone conversations with Hamodia following Tuesday’s ceremony, police officials praised Taylor as an officer dedicated to improving the lives of New Yorkers.

“What he does for the Community Affairs Bureau – helping to build relationships, and bringing the police and community together – is indispensable,” said Maddrey, describing Taylor’s promotion as “hard-earned and well-deserved.”

Det. Kaz Daughtry, also of Community Affairs, said that Taylor’s “commitment and dedication to New Yorkers is unparalleled. In this Thanksgiving season, we are all thankful to Deputy Inspector Taylor for his service.”

Taylor told Hamodia he is “humbled by the faith that Department leadership has showed in me by granting this promotion,” and reflected particularly on the NYPD’s work during the COVID-19 pandemic.

“Since the pandemic began,” Taylor said, “we in the Police Department have faced many challenges, both within in the Department – we lost many of our own members – as well as being there to assist New Yorkers who have been struggling so much. Being a part of the Community Affairs Bureau has given me the opportunity to join a team that constantly goes above and beyond, to bring New Yorkers resources that they would never otherwise have.”