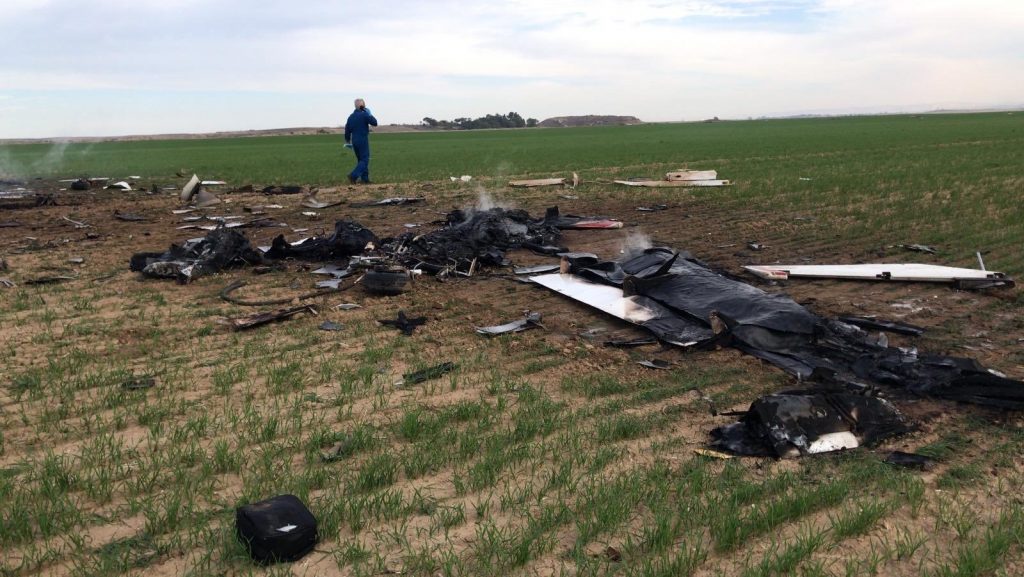 The two people who were killed in the crash of a light plane in southern Israel on Tuesday have been identified as a trainer and cadet from an IDF flight school.

IDF Spokesperson Hidai Zilberman said the military has opened an investigation into the cause of the crash of the two-seat Snunit training plane near Kibbutz Mishmar Hanegev after it set out on a routine flight from Hatzerim Air Base.

As of Tuesday evening, the accident remained a mystery. Zilberman explained that a lack of communication between the plane and control tower was making it difficult to determine the course of events that led to the tragedy.

“It is not clear if it was caused by a technical malfunction or human error,” he said in a briefing with reporters. “From the best of our understanding there was no discussion between the plane and the tower and the weather conditions were good.”

The trainer was described as an experienced flier, a reserve officer who had served in a F-16 squadron, and the cadet was in his fourth month of a pilot-training course, according to Zilberman.

The families of the trainer and cadet have been notified of their deaths and Zilberman said the military would speak with all cadets in the pilots course.

The two victims were not immediately named.

It was the first such fatal incident since 2008, when a trainer and cadet were killed aboard a different type of training plane.