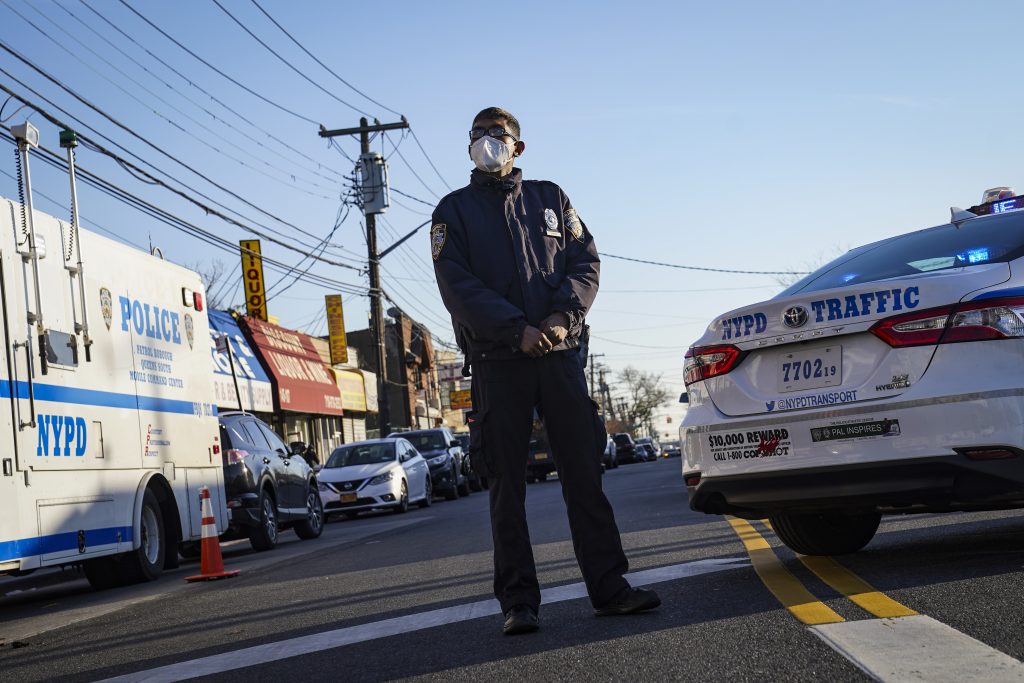 Two New York City police officers were wounded Tuesday afternoon by a man who opened fire as they arrived for a wellness check at a home with a history of domestic violence, according to law-enforcement officials. The officers returned fire and killed the man.

The shooter has been identified as Rondell Goppy, a 41-year-old college security guard with a history of domestic-violence arrests who had his guns confiscated in July and returned in September.

Goppy was employed at the City College of New York in Harlem and was licensed to carry as a peace officer. The college’s website lists him as a “Crime Prevention Specialist.” He had three guns, one of which was found under his body, one of the officials said. Goppy was pronounced dead at the scene.

At least one of the wounded officers was a domestic violence officer. Both were assigned to the 105th precinct, which covers the 179th Street address where the shooting took place.