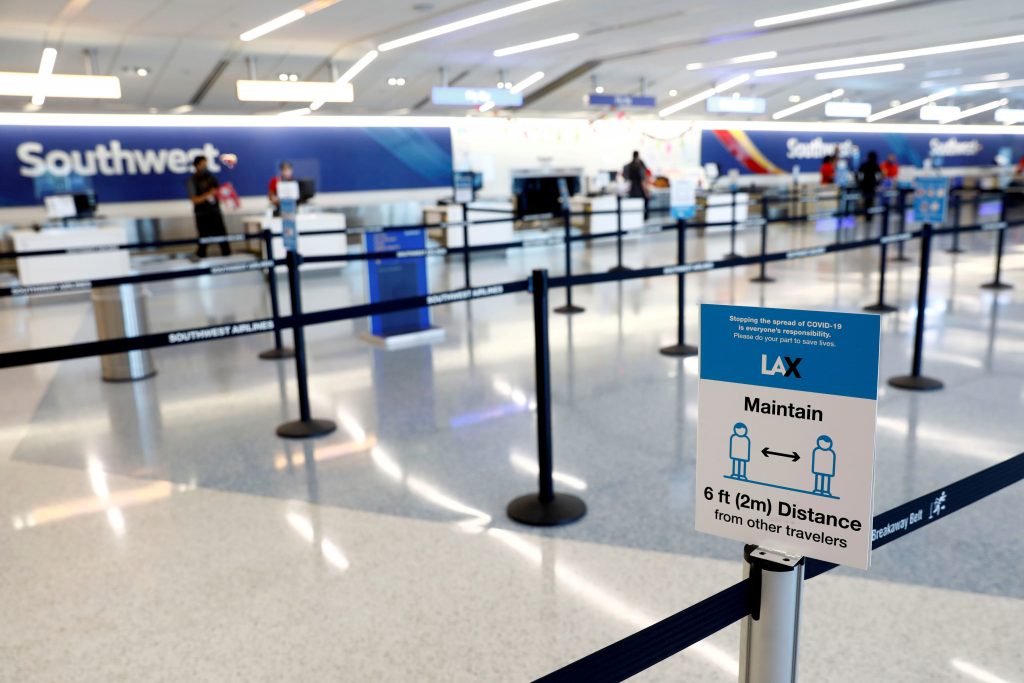 The number of U.S. air travelers is still nearly 60% lower than the same date last year but Sunday was the second time in three days that passengers screened topped one million.

The Centers for Disease Control and Prevention (CDC) on Thursday urged Americans not to travel during this week’s Thanksgiving weekend to mitigate the spread of the coronavirus as cases of COVID-19 spike around the United States.

There have been just three days since March 16 that the number of U.S. airline passengers screened topped one million, with the first being Oct. 18 when it was 1.031 million.

Delta Air Lines and Southwest Airlines have cautioned that the recent surge in COVID-19 cases may have a negative impact on travel over the winter holidays, a period the sector had hoped would see improved bookings.

The CDC on Saturday said COVID-19 testing before and after international travel can reduce risk and “make travel safer by reducing spread on planes, in airports, and at destinations.”

On Wednesday, the chief executives of the seven largest U.S. airlines made a fresh plea for more payroll relief in a letter to congressional leaders.

The COVID-19 pandemic brought travel to a near halt earlier in the year, forcing airlines to scale back operations and seek government bailouts.