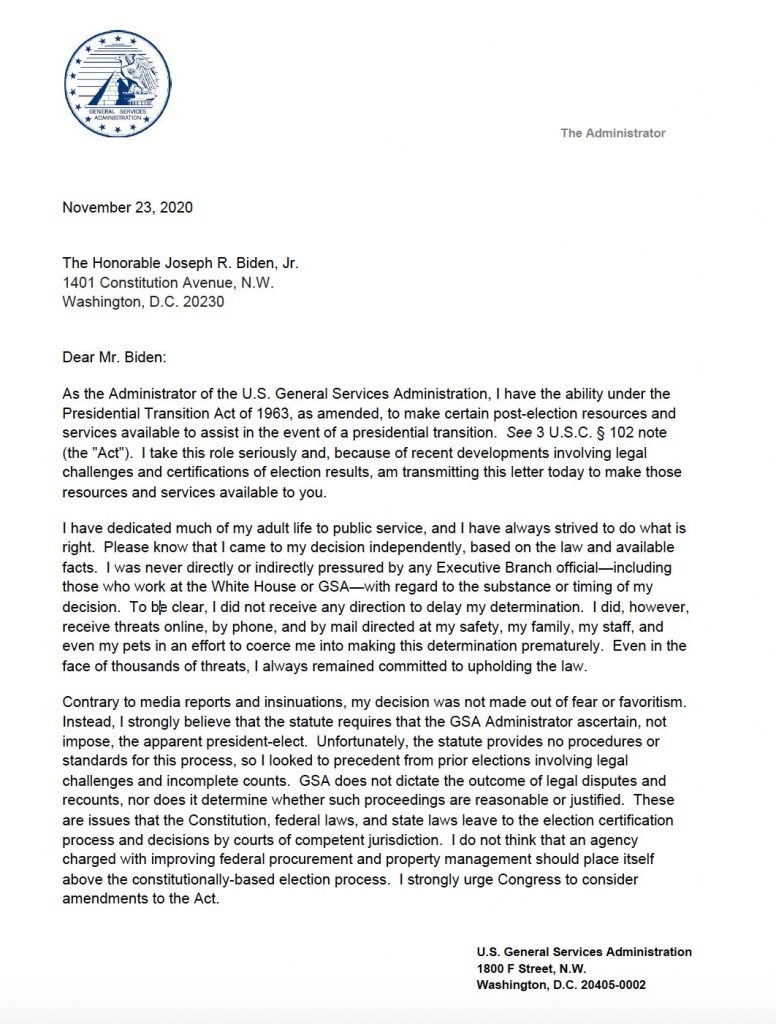 The General Services Administration has ascertained that President-elect Joe Biden is the “apparent winner” of the Nov. 3 election. President Donald Trump, who had refused to concede the election, said Monday that he is directing his team to cooperate on the transition but is vowing to keep up the fight.

The move clears the way for the start of the transition Trump’s administration and allows Biden to coordinate with federal agencies on plans for taking over on Jan. 20.

An official said Administrator Emily Murphy made the determination after Trump efforts to subvert the vote failed across battleground states, most recently in Michigan, which certified Biden’s victory Monday.

“Please know that I came to my decision independently, based on the law and available facts. I was never directly or indirectly pressured by any Executive Branch official—including those who work at the White House or GSA—with regard to the substance or timing of my decision,” Murphy wrote in a letter to Biden.

Trump tweeted shortly after her letter was made public: “Our case STRONGLY continues, we will keep up the good… fight, and I believe we will prevail! Nevertheless, in the best interest of our Country, I am recommending that Emily and her team do what needs to be done with regard to initial protocols, and have told my team to do the same.”