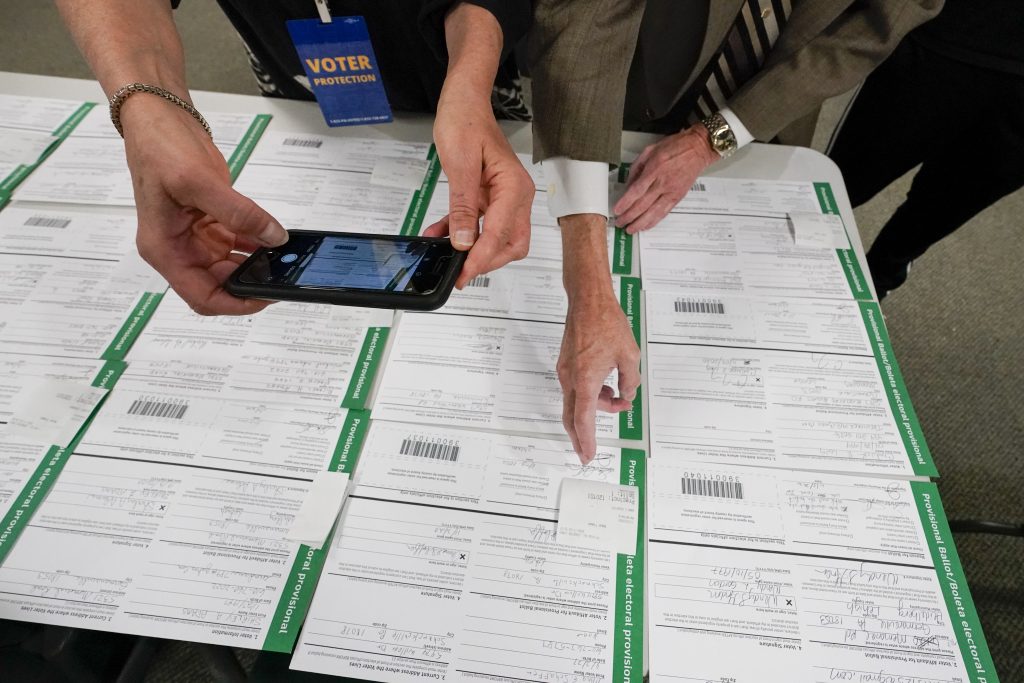 Pennsylvania counties rushed Monday to certify their results from the Nov. 3 election, even as President Donald Trump and his Republican allies continued their increasingly long-shot legal effort to disrupt the cementing of the state’s final vote tally.

But as county boards of elections convened for what is normally little more than a sleepy formality, the impact of the president’s campaign to challenge the election results repeatedly reared its head.

In at least three of the state’s most populous counties, the boards split their votes along party lines. And small groups of voters speaking at public meetings urged elections administrators to reject vote tallies in several others. Many speakers cited allegations of widespread fraud, malfunctioning voting machines and claims about mail-in ballots that Trump and his supporters have spread, without providing evidence, in recent weeks.

Joe Gale, the Republican vice chair of the Montgomery County Election Board and only member to vote against certification, decried the widespread use of mail voting and called for the U.S. Supreme Court to review of the state’s results, echoing requests made by the president’s lawyers in recent days.

“There is no way to certify the authenticity of one half of the votes cast this year,” he said Monday. “All 67 counties across the Commonwealth are experiencing electoral uncertainty.”

Board votes in Allegheny and Luzerne — which Trump carried by 14 points — also split along partisan divides. But in all three counties, the dissenters were among the minority and the certifications were ultimately approved.

Most of the county certifications reported statewide by Monday afternoon had been unanimously approved with bipartisan support. Still, elections administrators said, the level of dissent expressed from residents at election board meetings was like nothing many had ever seen and reflected how allegations spread by Trump and his supporters online without evidence, had cemented themselves among some voters.

At the Delaware County Board of Elections, chair Gerald Lawrence swatted down complaints about ballots counted using machines from Dominion Voting Systems — a frequent target of Trump attacks in recent days — and reminded residents that the county doesn’t use them.

All 67 Pennsylvania counties faced a Monday deadline to sign off on their final tallies and submit them to the Department of State. But it was unclear whether all would meet that deadline, or if there was any penalty or impact in missing that target.

Berks County won’t certify its results Wednesday, a county spokesperson said, because a large number of provisional ballots led to a long count. At least three other counties — Carbon, Schuylkill and Westmoreland — told WITF on Monday that they did not expect to file their certifications on time. And Bucks County postponed its planned certification meeting as it awaited a ruling on some 2,000 mail ballots currently contested before the Pennsylvania Supreme Court.

It’s not unheard of for counties to miss the certification deadline, which state law sets as 20 days after Election Day. In both 2012 and 2016, for example, Philadelphia was several days late to certify its results and send them to the Department of State. In those situations, nothing came of the missed deadline, and the state certification took place later without incident.