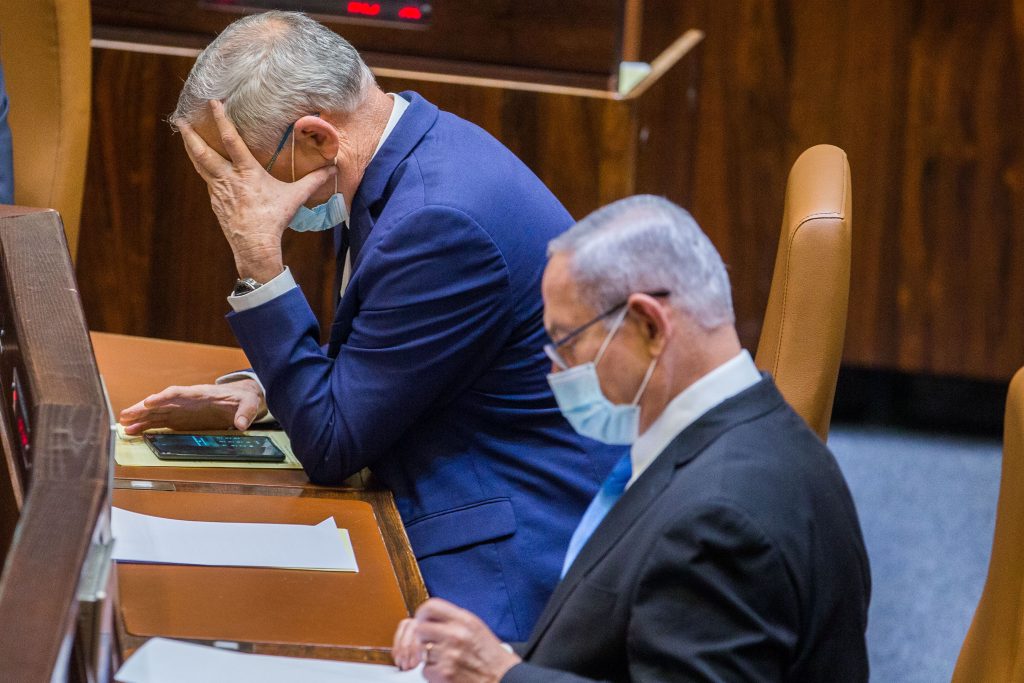 Prime Minister Binyamin Netanyahu lashed out Monday at his political rival Benny Gantz for initiating a committee of inquiry into the so-called submarine affair.

“After all law enforcement officials concluded that the prime minister has no connection to the submarine affair, Gantz appointed a committee with a tailor-made conclusion all for one purpose — to garner votes,” Netanyahu slammed the defense minister and alternate prime minister.

“It is a great shame; there has never been a defense minister who has made such blunt political use of the IDF like Gantz,” he added.

Also known as Case 3000, the submarine affair scandal involves conflict of interest in Israel’s procurement of submarines and other naval vessels from German conglomerate Thyssenkrupp. Although Netanyahu was not named a suspect in the case, it implicates several of his associates.

After announcing the formation of the inquiry, Gantz stressed that the results will be available to the public “transparently” in four months.

In other matters, Israel’s longest-serving prime minister referred to recent reports suggesting he has met with Saudi Crown Prince Mohammed bin Salman along with Secretary of State Mike Pompeo.

“I have not addressed such things in years and I will not start doing that now,” he noted. “For years I have spared no effort to strengthen Israel and expand the circle of peace.”

Interior Minister Rabbi Arye Deri (Shas) also criticized Gantz’s decision at a meeting of his Shas faction on Monday, saying that he “crossed a red line for political considerations.”

Rabbi Deri warned Gantz that his behavior made him question whether the current partnership between the Likud and Blue and White should continue.

Opposition leader Yair Lapid announced Monday that next week the opposition will propose dispersing the Knesset and will not withdraw the motion as he has done twice recently.

“On December 2, next Wednesday, we will propose a bill to disperse the Knesset,” he said. “We won’t withdraw it at the last moment, we won’t negotiate over it, the bill will come to a vote. It is time for elections. Netanyahu wants elections in June, so he’s playing for time. There is no reason to let him go to elections at the time that’s convenient for him. The national interest is to go to elections quickly, to create a new government that will deal with coronavirus and the economy.”