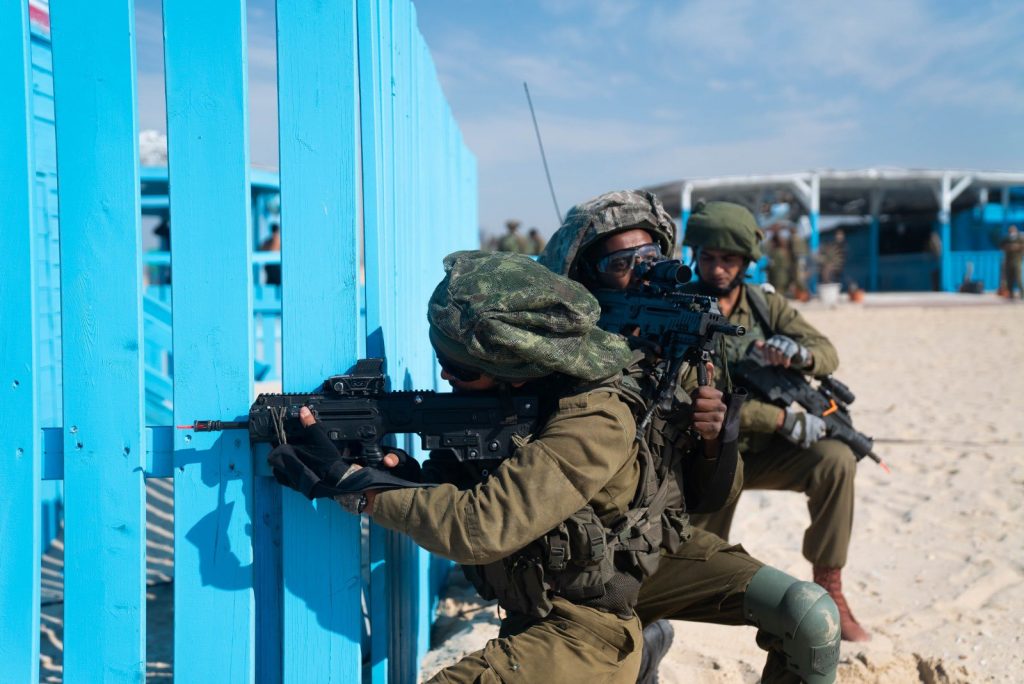 The IDF launched a surprise four-day military exercise on Sunday morning, where soldiers participated in a mock war scenario in the Gaza Strip.

The large-scale exercise comes as the IDF struck a number of Hamas targets following a Gaza rocket attack.

The IDF said, however, that the war exercises were planned several weeks ago and were unrelated to recent events.

Four surprise training missions have already been organized since the appointment of Aviv Kochavi as Chief of Staff in January 2019.

Previous exercises included testing the military’s ability to handle a kidnapping; a war against Hezbollah in northern Israel; countering a massive cyberattack; and responding to maritime threats from the north.

“During the exercise, the Gaza division’s abilities to handle a variety of events, while cooperating between branches of the military will be tested,” the IDF said in a statement.

According to the IDF, units of conscripts and reservists will participate in the exercise. Residents of the south should therefore expect to see troops, vehicles and planes operating near the border with Gaza.

Although Israel is in ongoing talks with the Hamas terrorist group to find the terms for a long-term ceasefire agreement, recent weeks have seen an upsurge in attacks from Gaza.