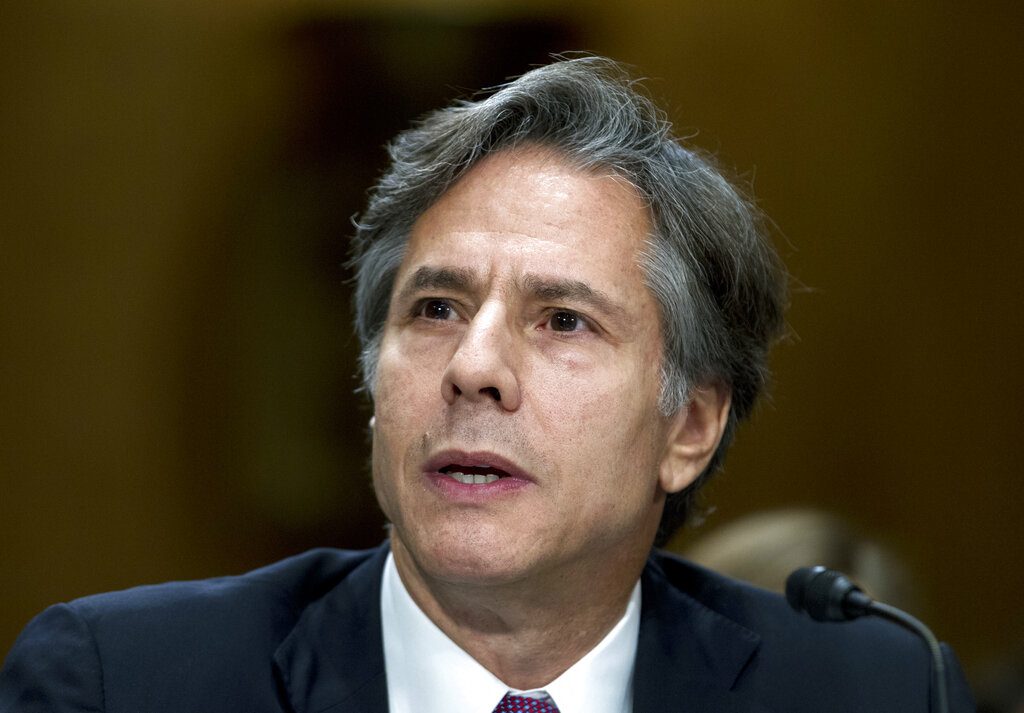 Joe Biden is building out his administration with several key picks for national security and foreign policy roles.

Biden nominated Antony Blinken as his secretary of state. Blinken, 58, served as deputy secretary of state and deputy national security adviser during the Obama administration and has close ties with Biden. If nominated and confirmed, he would be a leading force in the incoming administration’s bid to reframe the U.S. relationship with the rest of the world after four years in which President Donald Trump questioned longtime alliances.

Blinken, who is Jewish, is considered a friend of Israel, and worked with several Israeli firms while in the private sector.

Michael Oren, the Israeli ambassador to America, congratulated Blinken on social media. “Congratulations to Tony Blinken, a great diplomat and true friend of Israel, for his nomination as Secretary of State,” Oren wrote. “I had the honor and pleasure of working with him for years in Washington and know him to be brave and clear-sighted statesman. I can think of no finer choice.”

Blinken recently participated in a national security briefing with Biden and Vice President-elect Kamala Harris and has weighed in publicly on notable foreign policy issues in Egypt and Ethiopia.

A graduate of Harvard University and Columbia Law School and a longtime Democratic foreign policy presence, Blinken has aligned himself with numerous former senior national security officials who have called for a major reinvestment in American diplomacy and renewed emphasis on global engagement.

Blinken served on the National Security Council during the Clinton administration before becoming staff director for the Senate Foreign Relations Committee when Biden was chair of the panel. In the early years of the Obama administration, Blinken returned to the NSC and was then-Vice President Biden’s national security adviser before he moved to the State Department to serve as deputy to Secretary of State John Kerry.

Linda Thomas-Greenfield, a long-time diplomat, will be named UN Ambassador. She previously served in diplomatic positions in Liberia, Switzerland, Pakistan, Kenya, The Gambia, Nigeria, and Jamaica.

Jake Sullivan, a longtime adviser to Biden and Hillary Clinton, will be nominated National Security Adviser.

Alejandro Mayorkas will be nominated as the secretary for the Department of Homeland Security. He is Jewish, and fled Cuba as a child with his family after the communist takeover. He has said Jews face heightened bigotry and that Jewish institutions deserve funds for security needs.

Avril Haines will be nominated as Director of National Intelligence.

Biden is moving forward with plans to fill out his government even as Trump refuses to concede defeat, even though it is nearly impossible for Trump’s campaign to overturn the results.  The stakes of a smooth transition are especially high this year because Biden will take office amid the worst pandemic in more than a century, which will likely require a full government response to contain.

Even some Republicans have broken with Trump in recent days and called on him to begin the transition. Joining the growing list were Sens. Kevin Cramer of North Dakota, Lamar Alexander of Tennessee, Pat Toomey of Pennsylvania and Lisa Murkowski of Alaska.

Former Republican Gov. Chris Christie of New Jersey, a longtime Trump supporter, told ABC that it was time for the president to stop contesting the outcome and called Trump’s legal team seeking to overturn the election a “national embarrassment.”