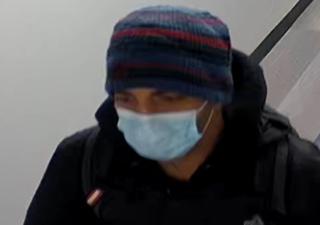 Early Wednesday morning, police arrested and charged a man in the attempted assault on a young girl.

The suspect has been identified as David Gonzalez, 31, of Sunset Park.

Our original article appears below:

KENSINGTON – The NYPD is looking for a man who attempted to assault a young girl in Kensington on Sunday afternoon.

The incident occurred at an office building located at 202 Foster Avenue, near E. 3rd street, shortly before 1 p.m. Sunday.

Police say the perpetrator approached the 14-year-old girl and attempted to assault her. She tried to flee and screamed for help, but the perpetrator covered her mouth and warned her to be quiet.

The perpetrator did not succeed in assaulting the girl, and fled on a moped toward Ocean Parkway.