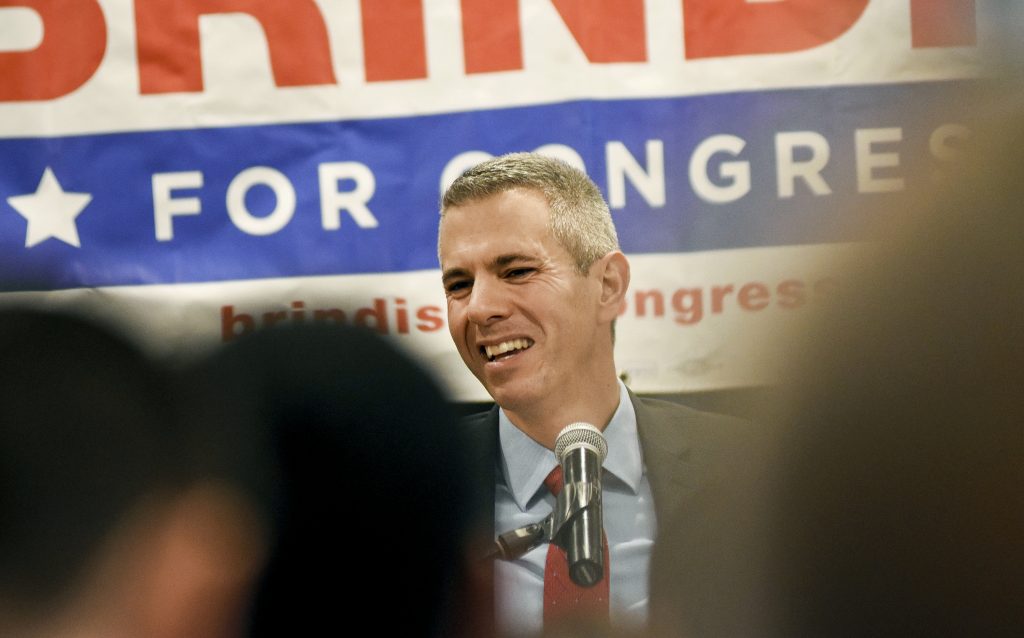 A rematch between a former Republican congressional member and the Democrat who ousted her from office two years ago has come down to a just a few dozen votes, with a judge likely to play a role in the final outcome.

Republican Claudia Tenney is vying to reclaim her seat in Congress from U.S. Rep. Anthony Brindisi, the Democrat, in a district that stretches from Lake Ontario to the Pennsylvania border, east of Syracuse.

She had a lead of more than 28,000 votes on Nov. 3, but absentee ballots have highly favored Brindisi.

County election boards have withheld information about the current count from the public, but Tenney’s campaign put the current gap at around 100 votes, while Brindisi’s campaign says it could be less than 100.

That could make the outcome dependent on a judge’s examination of rejected and challenged ballots, which is set to begin Monday and continue Tuesday. Justice Scott J. DelConte, in a court hearing Friday, ordered the eight counties in the district to bring those ballots to the Oswego County Courthouse next week.

“This process has been long, but it is critical that every legal vote be counted and accounted for,” she said. “Now that it is done, I am confident that I will be certified the winner soon.”

Brindisi, who defeated Tenney by fewer than 4,500 votes in 2018, is still hopeful he’ll come out on top.

“Once every legal ballot is counted and certified, the people will decide who goes to Congress,” Brindisi campaign spokesperson Luke Jackson said. “The stakes are too high and the margin too close to rush to judgement.”

Going into the election, Brindisi, 41, was seen as among the vulnerable House Democrats. Republicans outnumber Democrats in the district and President Donald Trump remains popular with many people in central New York.

There are eight counties in the congressional district. The counting of absentee ballots is largely finished, elections officials said, but disputes remain about some ballots that were rejected for technical errors or weren’t initially counted because of voter eligibility questions.

State law requires a winner to be certified by Nov. 28.