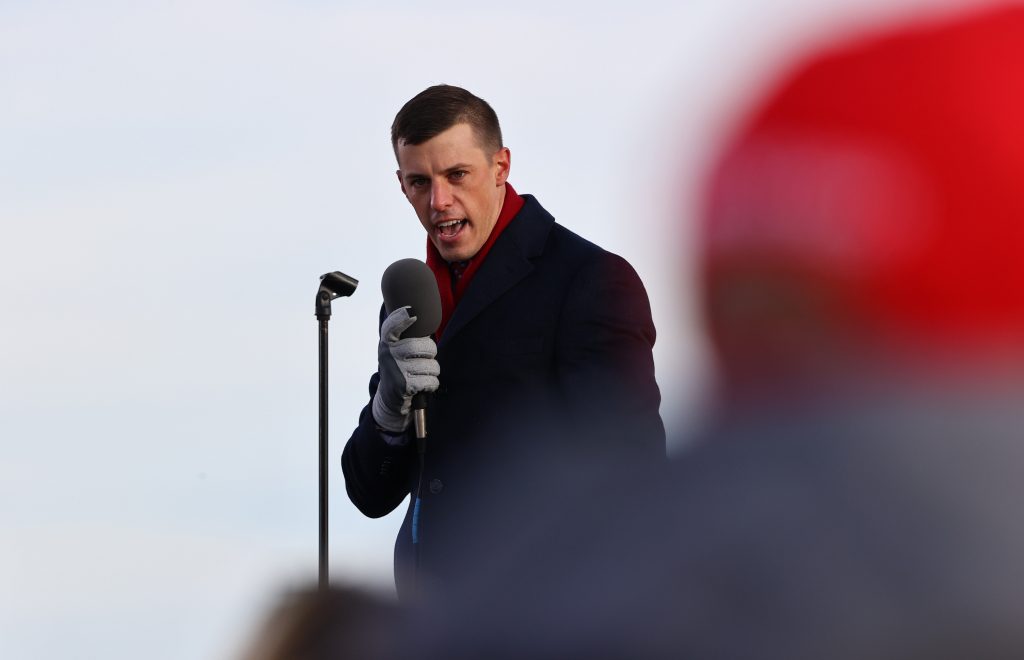 Michigan House Speaker Lee Chatfield referenced the possibility of a “constitutional crisis” during an interview on Fox News Sunday morning, two days after he met with President Donald Trump at the White House.

The Board of State Canvassers meets Monday to consider certifying Michigan’s statewide election results, including President-elect Joe Biden’s 154,000-vote victory. But top Republican Party leaders have asked the board to delay certification in a bid to investigate “anomalies and irregularities” they claim occurred in the election.

The board features two Republicans and two Democrats. Many legal experts believe the panel has a duty, under Michigan law, to certify the results.

“If there were to be a 2-2 split on the State Board of Canvassers, it would then go to the Michigan Supreme Court to determine what their response would be, what their order would be,” Chatfield, R- Levering said on “Fox & Friends” Sunday. “If they didn’t have an order that it be certified, well now we have a constitutional crisis in the state of Michigan. It’s never occurred before.”

Chatfield, the top lawmaker in the GOP-controlled House, said the Legislature decided “long ago” to have the certification process run through the state board.

“If this way doesn’t work, obviously, now we have questions that have arisen in Michigan for the very first time,” Chatfield said.

In a statement Friday, the League of Women Voters of Michigan, the American Civil Liberties Union and the Detroit Branch of the NAACP urged the Board of State Canvassers to certify the tallies.

“The Board of State Canvassers participates in a very straightforward and perfunctory process,” John Pirich, a longtime elections attorney in Michigan, said in the groups’ press release. “Auditing the election is not within its scope of duties; the board is only responsible for reviewing the vote calculations and signing them.

“This process has nothing to do with discretion or the board members’ political leanings.”

If the board certifies the results, under state law, Michigan’s 16 electoral votes will go Biden. The Electoral College meets on Dec. 14.

But Secretary of State Jocelyn Benson, Michigan’s top elections official, has said an audit cannot be completed prior to the certification of results because “election officials do not have legal access to the documents needed to complete audits until the certification.”

Still, Cox and McDaniel have argued it’s possible to investigate some claims made in the affidavits and unbalanced poll books in Wayne County while still complying with the Dec. 8 deadline for certification. The states are required to certify by the “safe harbor” date or invite court or congressional intervention.

Senate Majority Leader Mike Shirkey, R- Clarklake, tweeted Sunday that the election process “MUST be free of intimidation and threats.”

“Whether the Board of Canvassers certifies our results tomorrow or decides to take the full time allowed by law to perform their duties, it’s inappropriate for anyone to exert pressure on them,” Shirkey said.

Chatfield, Shirkey and five other Michigan lawmakers traveled to Washington, D.C., to meet with Trump on Friday. Chatfield and Shirkey said they used their time with the nation’s leader to push for additional federal relief to help the state cope with the COVID-19 pandemic.

“When the president calls, you take that meeting,” he said, calling it a “historic day.”

Chatfield said Republicans want to look into “irregularities” and these “reports of fraud.” However, there’s been no evidence released yet that calls into question Biden’s 154,000-vote victory in Michigan.

“I don’t think transparency is too much to ask for,” he said.

In an interview Tuesday, Shirkey said he doesn’t expect the results of the state’s presidential race to change.

One of the four members of the Board of State Canvassers is Aaron Van Langevelde, an attorney who works for the Michigan House Republican Policy Office as a policy adviser and deputy legal counsel.