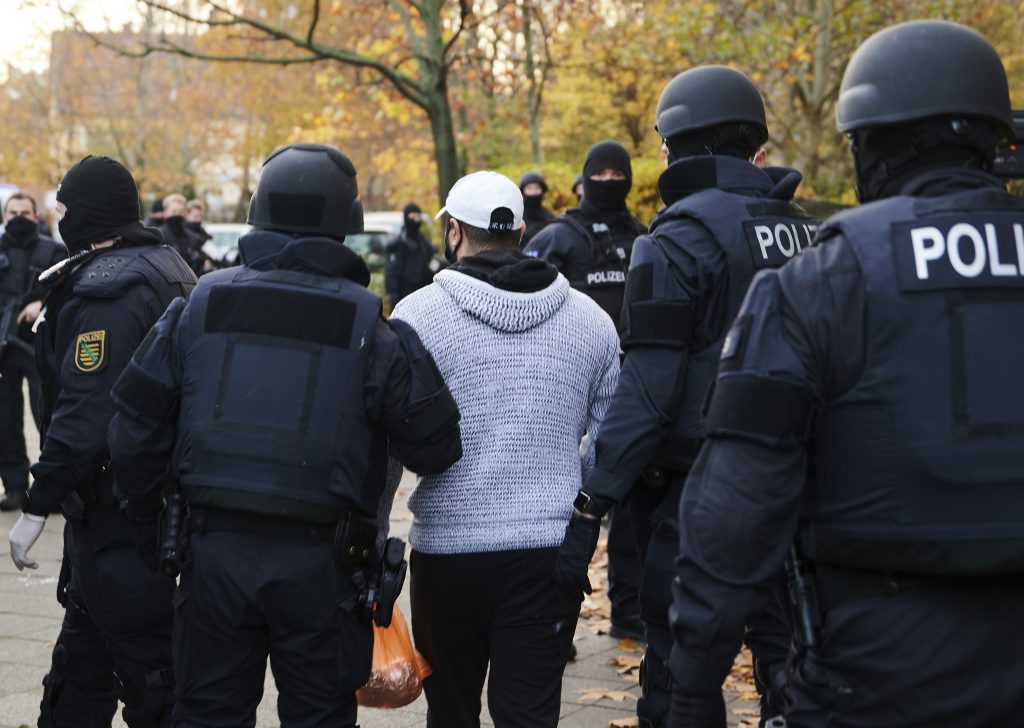 An Israeli business intelligence firm led by a former head of the Shin Bet security service played a key role in the investigation into a spectacular jewel theft in Dresden which led to the arrest of three suspects last Tuesday.

More than 1,500 police carried out a series of searches in Berlin and made the arrests in connection with the theft of 18th-century jewels from a unique collection in Dresden last November, authorities said. The stolen items included a large diamond brooch, a diamond epaulette and other treasures from the Saxony city’s Green Vault Museum, Reuters reported.

It emerged on Sunday that the Israeli CGI Group was brought in to help police solve the crime, according to Israel’s Channel 12 news.

“Immediately after the robbery we were approached by a European law firm that asked that we look at the security arrangements at the museum,” CGI Group’s Yaakov Peri, who led the Shin Bet agency between 1988 and 1994, told the network.

“I can’t take the credit for solving [the case], I can say we assisted,” Peri said. “Early on in the probe it appeared likely that the thieves had cooperation on the inside. One of the museum employees likely cooperated with the infiltrators.”

Subsequently, CGI made contact with member of the crime ring responsible, who offered to sell them two of the stolen gems for $25 million.

“We gave all the material we had to the chief prosecutor in Dresden,” Peri said. “We cooperated with [the potential suspect] as though we will come and buy the stolen goods. We created a map marking out the areas where they offered to make the sale. This too we sent to the German prosecutors.

“There wasn’t a follow-up on that, but we can see that the areas we pointed to saw the arrests of the German crime family that the crime has been attributed to,” said Peri.

Their target was “art treasures and possible evidence such as computer storage media, clothing and tools,” Dresden police and prosecutors said. The searches, focused on Berlin’s Neukoelln district, did not immediately turn up any of the missing treasures.

“We’d have to have a lot of luck in order to find them a year after the crime,” Dresden police spokesman Thomas Geithner told reporters.

The director of Dresden’s museums, Marion Ackermann, said the raids and arrests were an encouraging development in the case.

“Of course we hope that the jewelry sets will be found and that they soon be able to be returned to their original location,” she said.

The Green Vault is one of the world’s oldest museums. It was established in 1723 and contains the treasury of Augustus the Strong of Saxony, comprising around 4,000 objects of gold, precious stones and other materials.

Members of the same extended family were convicted earlier this year for a similarly spectacular heist, the theft of a 100-kilogram (220 pound) Canadian gold coin dubbed the “Big Maple Leaf” from Berlin’s Bode Museum in 2017.

The coin, with an estimated value of some 3.75 million euros ($4.45 million) has not yet been recovered and authorities have posited it was likely cut up into smaller pieces and sold, Reuters said.