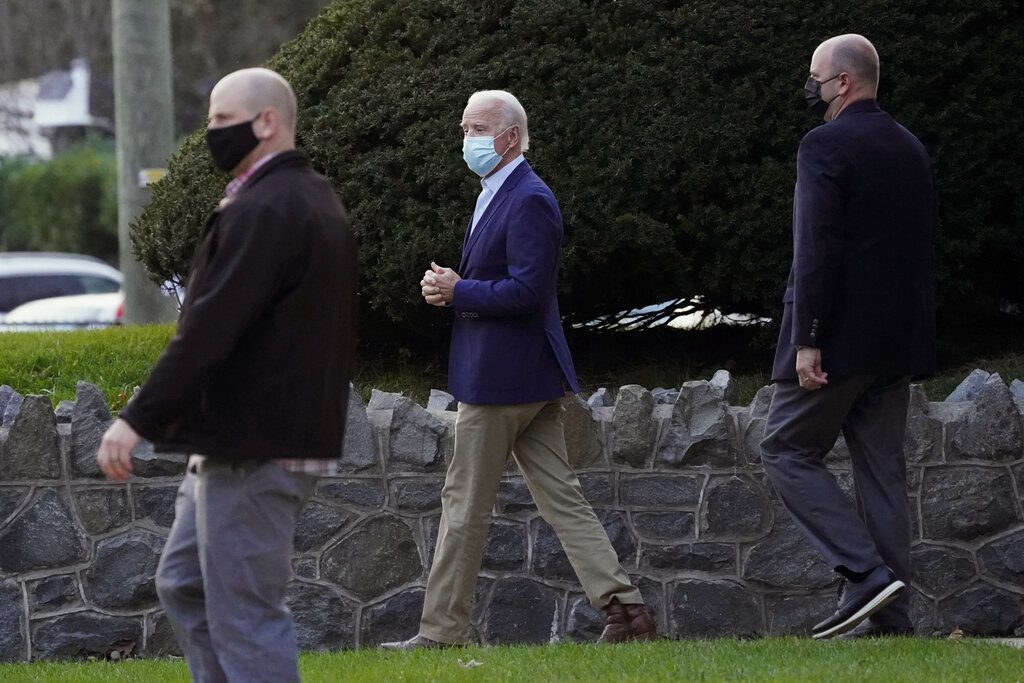 Joe Biden’s first Cabinet picks are coming Tuesday and planning is underway for a pandemic-modified inauguration in January as his team moves forward despite road blocks from the Trump administration.

Ron Klain, Biden’s incoming chief of staff, offered no details Sundays about which department heads Biden would first announce. The Associated Press has reported that Biden could name his nominee for secretary of state or treasury secretary this coming week.

Biden has pledged to build the most diverse government in modern history, and he and his team often speak about their desire for his administration to reflect America.

Biden said last week he had settled on his pick for treasury secretary.

Ssome Republicans have broken with Trump in recent days and called on him to accept the results of the election.

Sen. Lamar Alexander, R-Tenn., said there was a “very good chance” Biden would be president and that Biden and his team should have access to relevant information for the transition. After a federal judge’s ruling against the Trump campaign in an election challenge in Pennsylvania on Saturday, GOP Sen. Pat Toomey of Pennsylvania said the president had “exhausted all plausible legal options” and Toomey congratulated Biden on his win.

And on Sunday, former Republican Gov. Chris Christie of New Jersey, a longtime Trump supporter, said on ABC that it was time for the president to stop contesting the outcome. Christie said Trump’s his legal team was a “national embarrassment.”

During the campaign, Biden drew a contrast with Trump on the coronavirus by paring down his own events in response to the pandemic. Biden held smaller gatherings where people were asked to wear masks and adhere to social distancing recommendations from public health experts. Since he won the presidency, Biden has emphasized the importance of mask-wearing.