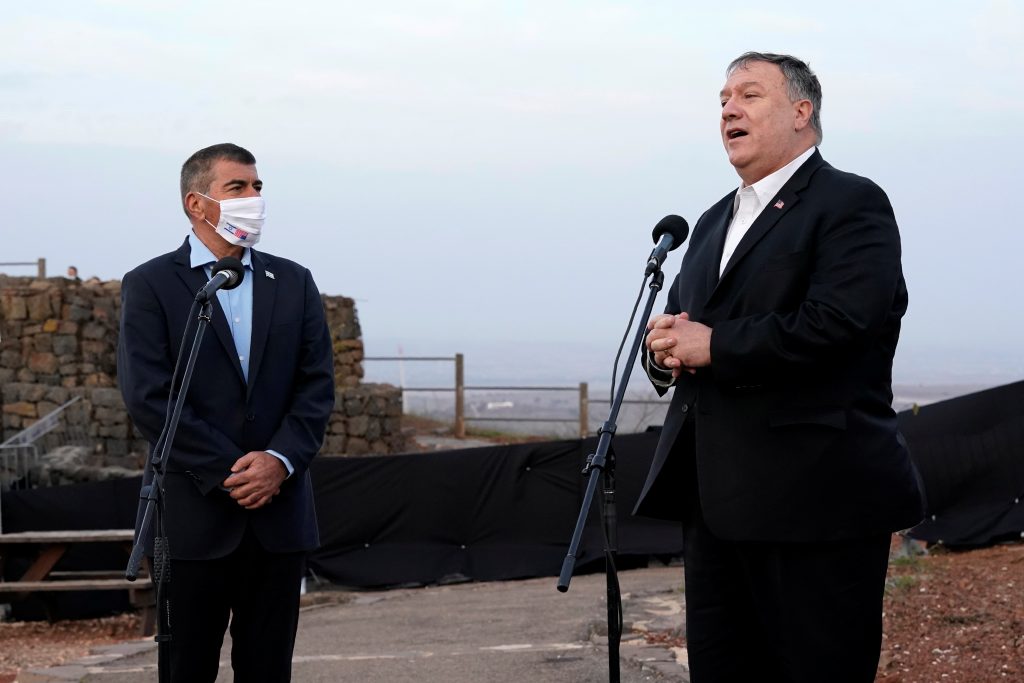 Syria condemned U.S. Secretary of State Mike Pompeo’s visit to the Golan Heights on Thursday in the “strongest language” and said it was a provocative act before U.S. President Donald Trump leaves his post, state media said.

Pompeo on Thursday became the first U.S. secretary of state to visit an Israeli town in Yehuda and Shomron and the Golan Heights. Palestinians and Arab states said the move would help cement Israeli control over what they consider “occupied territory.”

Syria called on the international community and the U.N to condemn the “provocative” visit, which it said violated international resolutions, a government source was quoted on state media as saying.

“The visit is a provocative move before the end of Trump’s administration and a flagrant violation of our sovereignty,” the statement said.

Trump delighted Israel in 2019 by recognizing Israel’s claim to sovereignty over the Golan Heights.

The Heights were part of Syria until 1967, when Israel captured most of the area in the Six Day War, occupying it and annexing it in 1981. That unilateral annexation was not recognized internationally, and Syria demands the return of the territory.

Syria tried to regain the Heights in the 1973 Middle East war, but was turned back by Israeli forces. Israel and Syria signed an armistice in 1974 and the Golan had been relatively quiet since.